We plan tasks that allow pupils to show their understanding, both of a standalone lesson and as part of a sequence of lessons, whilst making links to previous learning in other topics and year groups.

"In our Music lessons, we demonstrate our understanding through listening to new piece of Music and spotting the features of that genre that we have learned about. We create compositions based on what we have learned and explain our choices. We perform at the beginning and end of the topic to show how we've improved. Some of us also go to choir, band and have extra music lessons on an instrument. This allows us to demonstrate our understanding even more." - Caitlin
Completing our Knowledge Investigators
Completing our Knowledge Investigators 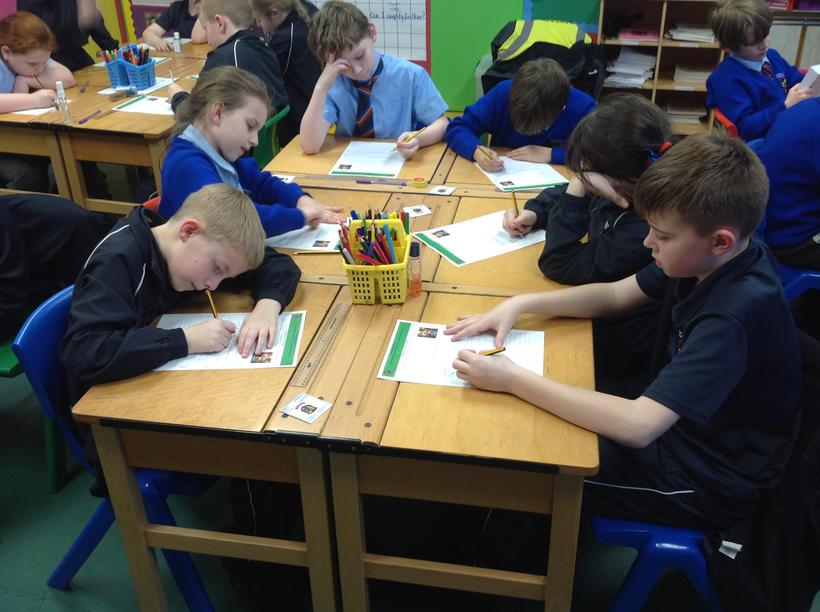 Showing understanding of our current topic 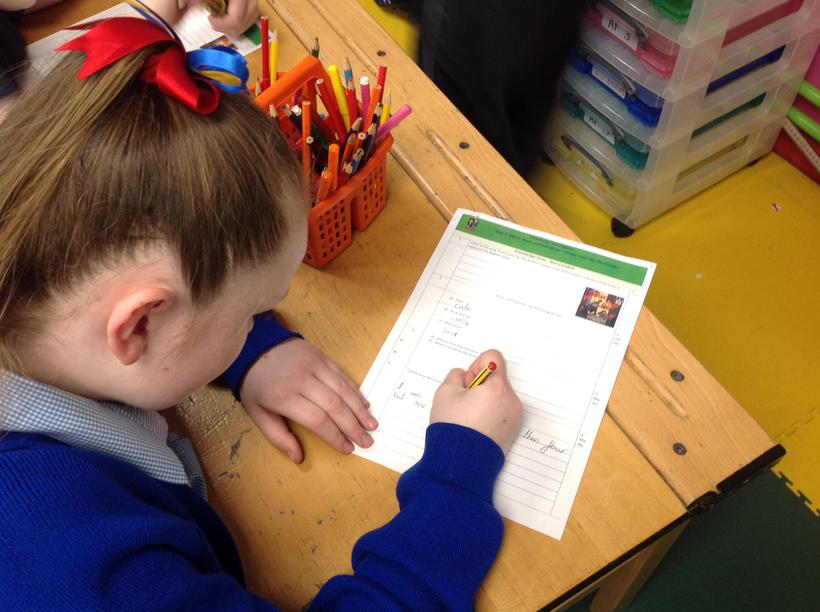 An answer from the start of the topic 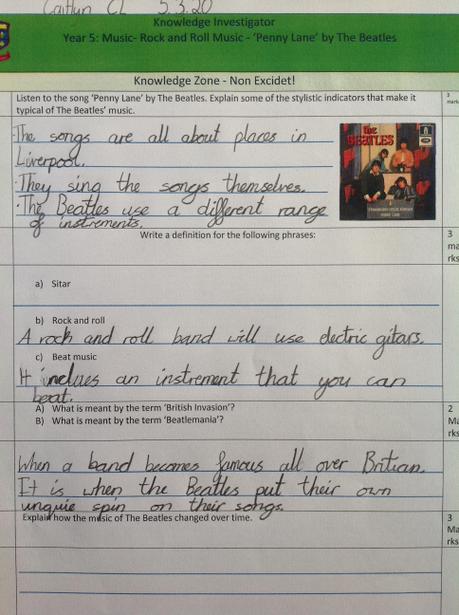 Demonstrating our prior understanding 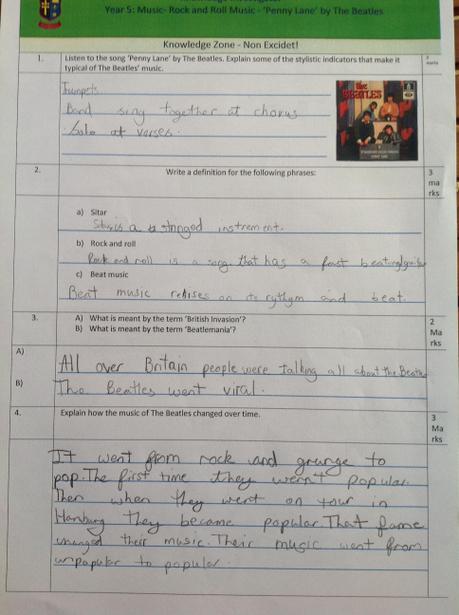 "When we started the topic, I had heard of The Beatles and knew that they used electric guitars and they wrote songs about places in Liverpool. However, I didn't know how much their music changed throughout their career. They started using other instruments like a sitar, which is a stringed Indian instrument a bit like a guitar." - Caitlin

"I knew that The Beatles became very popular but I didn't know that they influenced music not just in Britain but in other parts of the world too." - Nathan

Composing
Composing our own song lyrics 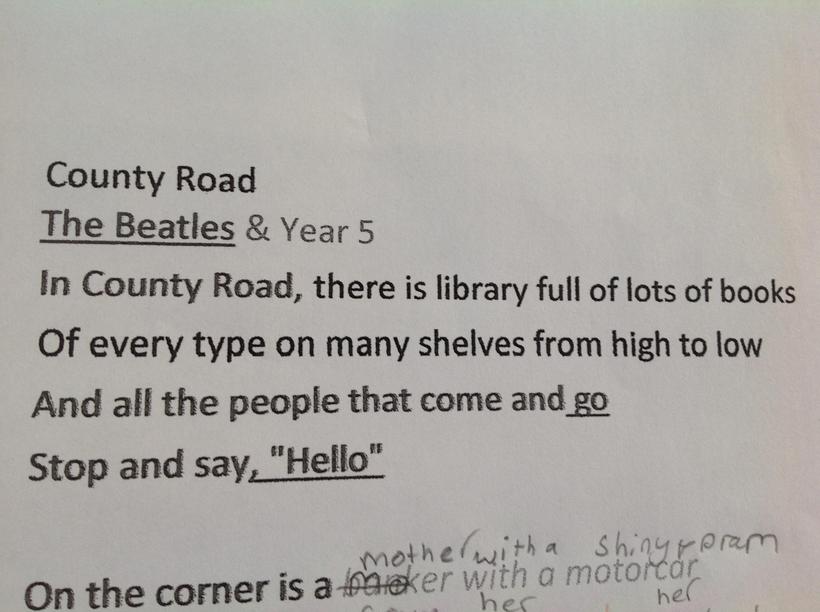 Using the rhythm and rhyme of the original lyrics 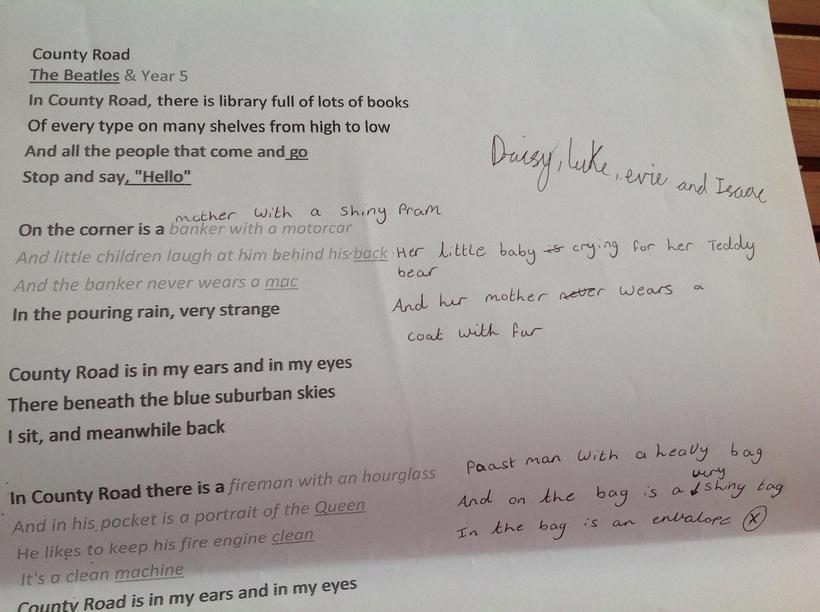 "We took the lyrics of Penny Lane and made our own composition inspired by the song, which we called 'County Road'. We thought about the rhyme scheme of the lyrics and the rhythm created by the syllables of each word to help us come up with our own version." - Ava and Daisy
Listening
Playing a listening game 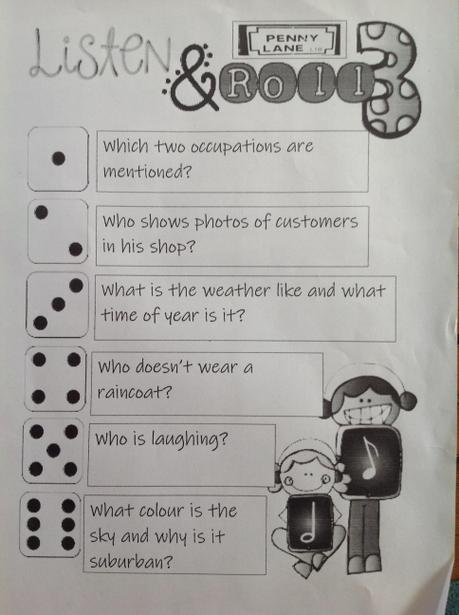 Testing our understanding through listening 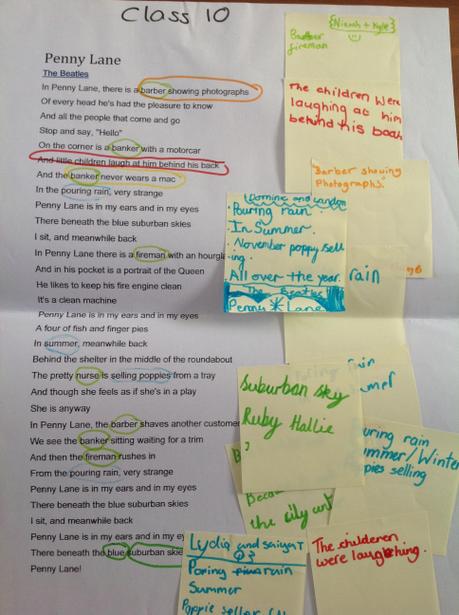 Writing down what we can hear throughout the song 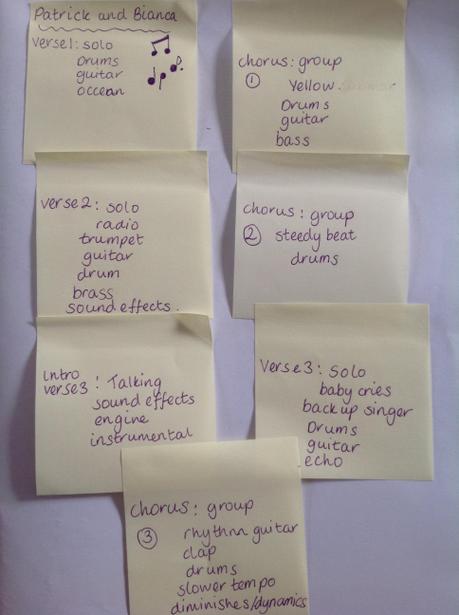 What can be heard in each part of the song 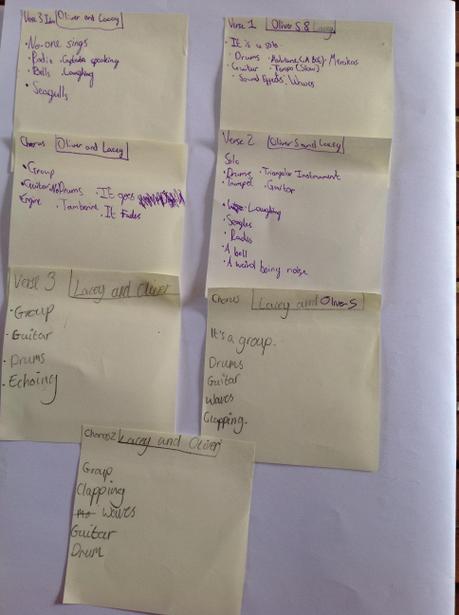 "We played a really fun game where we had to roll a dice that would ask us a question about the lyrics of the song 'Penny Lane' then we had to listen to the song and answer the question. We all understood the song a lot better afterwards." - Joseph

"The song Penny Lane has a lot of sound effects in it. We had to listen and note down all the different sound effects we could hear. Then we spoke about what effect this has on the song." - Daisy