Forces Workshop with Mr B.

During the workshop, the children shared their knowledge of forces with Mr. B before focusing on air resistance and how it has an impact on how things move through the air. We discovered that air resistance is a form of friction as well as discovering air resistance is caused by air pushing against a moving object. We also know that streamlined objects, such as a plane, travel through air more easily than objects which are not streamlined.

"I found the workshop with Mr. B extremely fun. We were able to make our own paper aeroplanes and tested the impact air resistance had on each one. Did you know, the more streamlined an object is, the easier it is for it to travel through the air?"   Charlie

"I found it so fun making lots of different types of paper planes and then testing them. I couldn't believe that the smallest adjustments with the folds would slow the speed down and create less air resistance!" Lily 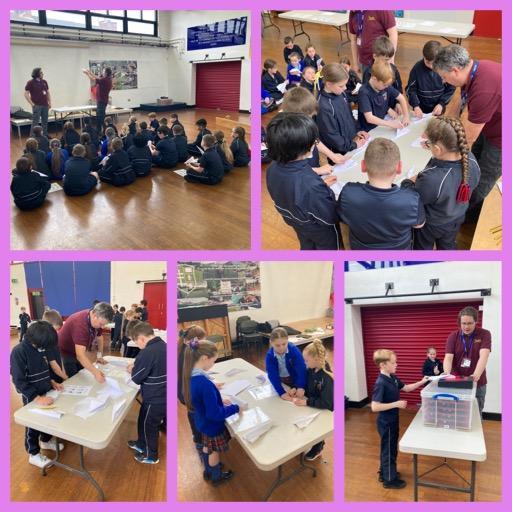 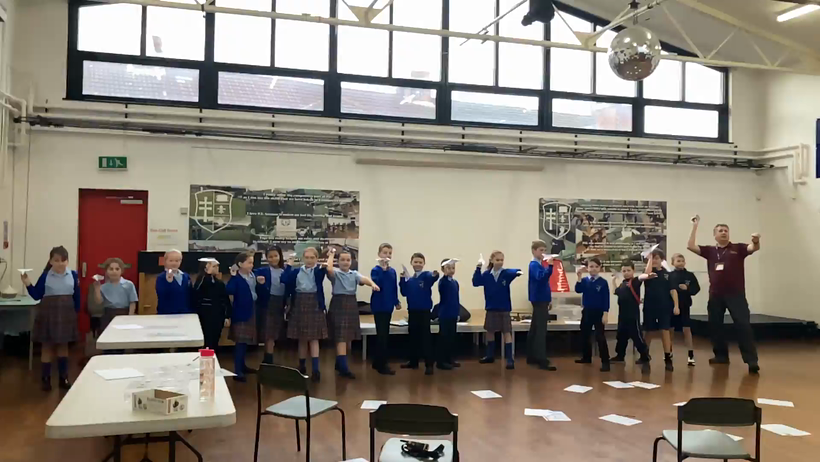 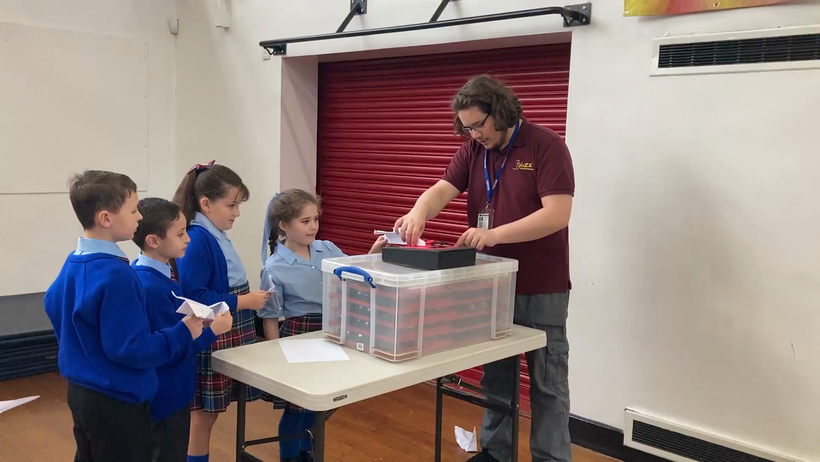 On Wednesday 15th January, we were lucky enough to welcome some flying visitors into our school – birds of prey! The children learnt lots of interesting information about these animals, which included goshawks, buzzards and kestrels. They were even able to see a huge Eurasian eagle owl take flight. This was our favourite of all!

They were also very brave, with a number of children being chosen to hold the goshawk in their own hand. What a fantastic experience for the children to get up close to these fascinating birds and learn more about their habitats and behaviour!

"I was really grateful to get to hold the goshawk. It was a little frightening but mainly exciting!!" -Miley

"The little owl was funny as he kept getting off his block and trying to walk around." - Jakk 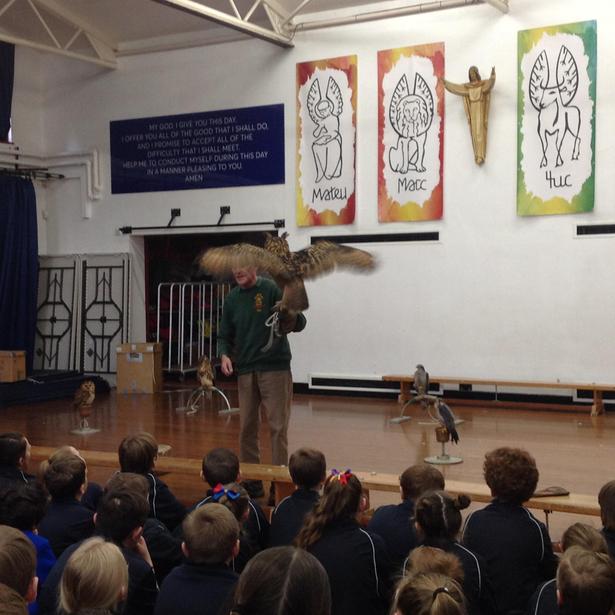 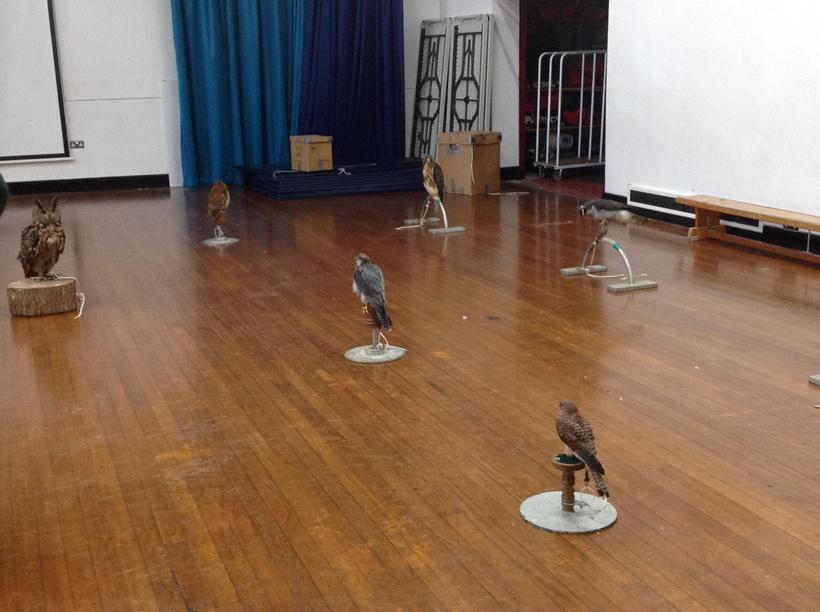 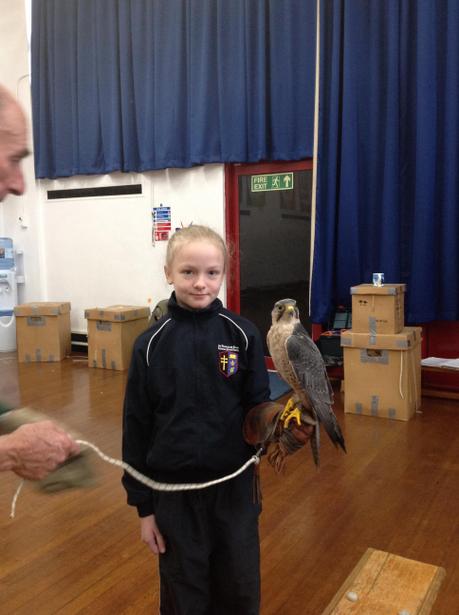 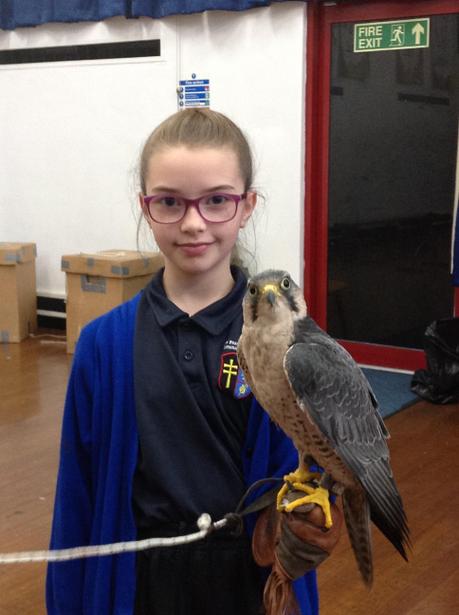 What an exciting introduction Year 5 have had to their new 'Earth and Space' Science topic!

Once Year 5 had been left starry-eyed, they were ready to share their initial understandings about 'Earth and Space' and to start finding out key facts that will help them during their upcoming Science lessons.

"Did you know that there are more stars in the universe than there are grains of sand on Earth?" Michael M

"Our moon is actually a satellite, but most of us thought it was a planet!" Sophia R

"1.3 million versions of Earth would fit inside the Sun!" Lizzie C