Acquistion of knowledge and skills

Year 4 have been using their bodies to make models of how the particles are arranged in solids, liquids and gases. They then applied this knowledge to draw their own diagrams of the particles.

'When we had to be solids we all stood really close to each other. But when we were gases we were spread out all over the place!'

Learning how sound is made

Our children have been acquiring knowledge about how sound is made by working scientifically and taking part in a number of exciting investigations. For example, they hit a tuning fork and put it into a bowl of water and the water splashed up! When they hit a drum skin covered in rice, the rice bounced up off the drum! The children concluded that sound is made by vibrations.

'It was amazing when I saw the ping pong ball start to move when I hit it with the tuning fork. The vibrations made the ball swing from side to side!'

'When we hit the drum harder, the rice bounced up higher because the vibrations were stronger!' 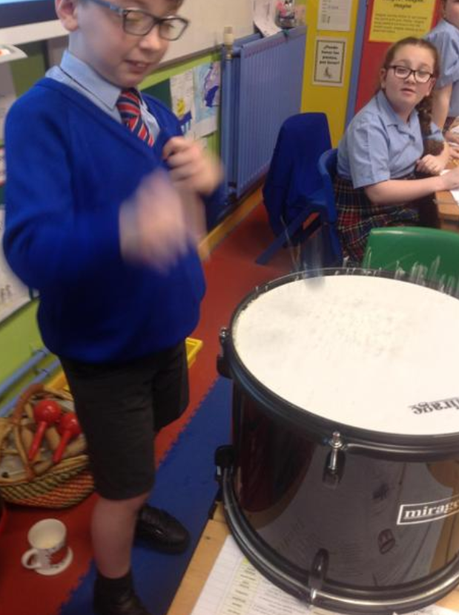 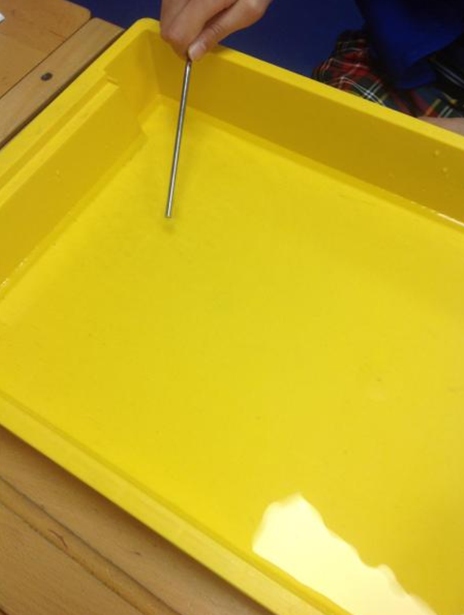 After researching and acquiring knowledge about the vertebrate groups, our children have been creating their own riddles to describe different vertebrates!

Our pupils have been researching into famous scientists who discovered electricity and writing in depth reports, sequencing the key events.

'I can't believe that Benjamin Franklin purposely wanted to be struck with lightening to prove that it was electrical - this was so dangerous!'

Did you know that street lighting was the first public use of electricity? 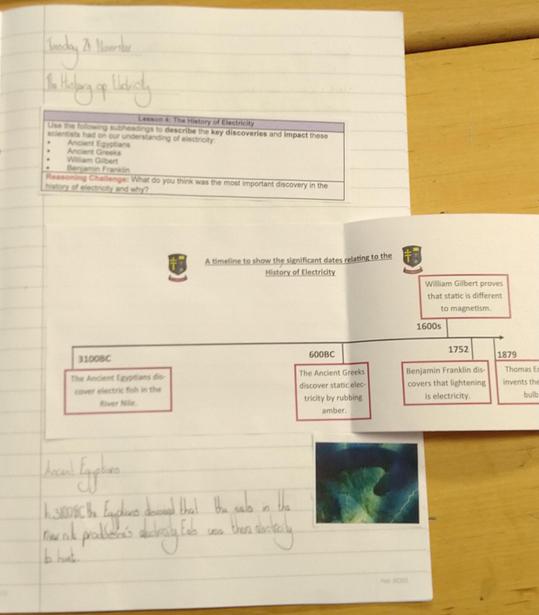 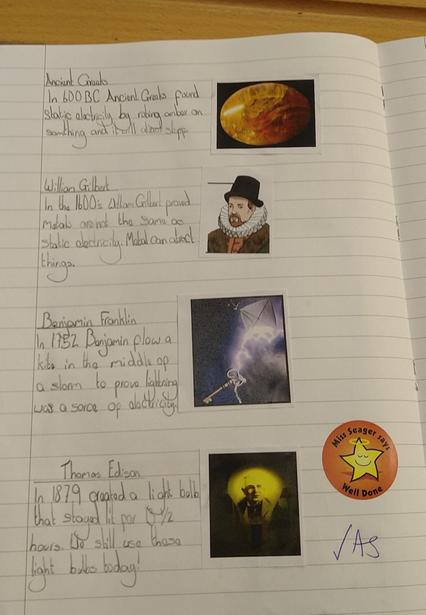