So here we are, our final day here in sunny Barcelona! It's sad to say goodbye to such a fantastic city! However, it's not over yet! We started the day as usual with a breakfast at Villanova Park. Then it was all aboard the coach into Barcelona for our final afternoon here.

Our first stop today was the Olympic Village and Olympic Stadium. What an atmosphere there must have been back in 1992 during the olympics! Maybe not quite the same as the atmosphere in Camp Nou on match day, but still very spectacular!

All that was left for us to do was to head to the airport and board our plane home! It must be said that the children all represented the school as well as they always do and they were a credit to both the school and their families (not to mention themselves). A big thankyou must be said to the staff that accompanied the children on this trip. Mr Reidel, Mr Wah, Miss King, Miss Henney and Mr Kennedy.

THANKYOU BARCELONA, IT'S BEEN GREAT! 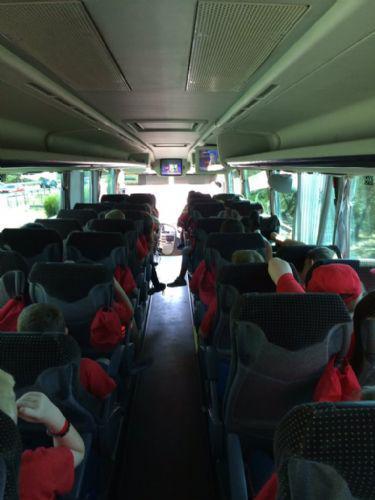 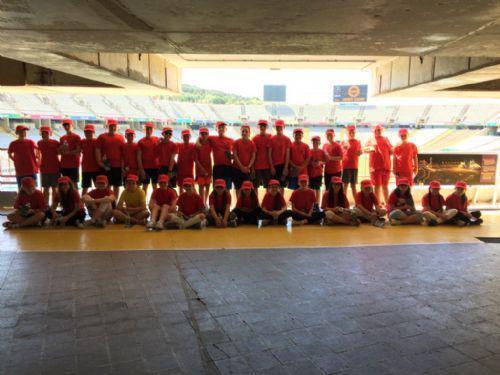 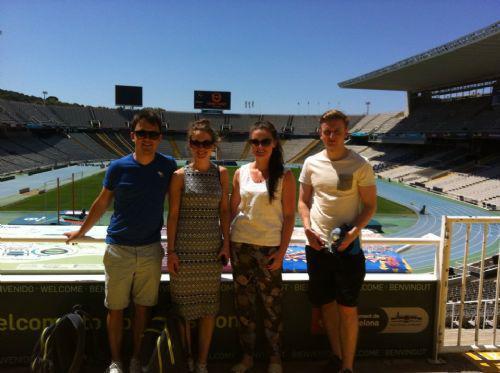 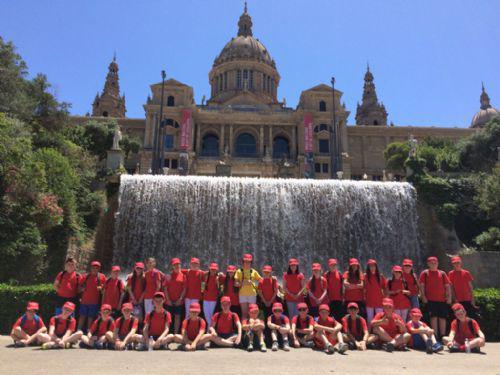 Here it is then, the big one, the one we've all been waiting for! PORT AVENTURA! What can we say, other than how excited we all were for today! We started off with a nice breakfast at Villanova Park before heading out on the journey to Port Aventura. Once we got there, there was a lot of waiting to do to get in as loads of other schools from around Spain and Europe had also turned up! The wait was worth it however! Once inside we split up into our two groups and headed off in search of the best rides we could find! We were definitely not disappointed with what we found! The rides were AMAZING!!!

Soon enough, lunch time came. No packed lunches today however. Today we were eating some of the finest theme park cuisine we could find! Although a few of us still fancied pizza and chips! After lunch we carried on our trip round the theme park to seek out the other rides we wanted to go on. The time seemed to go so fast today and before we knew it, it was time to head back to the chalets!
As sad as we all were to be leaving Port Aventura, we will not be forgetting this day any time soon! 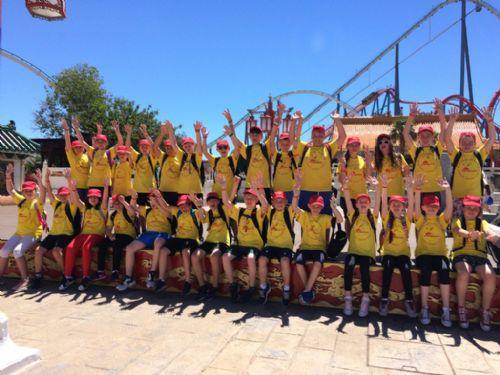 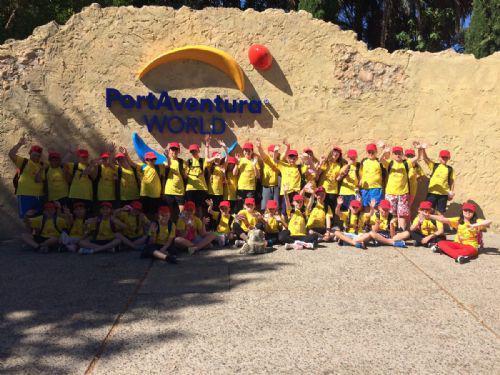 First we went to the National History Museum. Again, there were loads of things to see and do! We were even treated to a grammar lesson by Lewis! The Year 6 teachers will be proud Lewis!

After a nice walk round the air conditioned museum, it was back out into the heat to go to our lunch stop for the day! Cuitadella Park was the lunch stop and what a lovely place it was too! We found a nice spot in the shade to sit and eat!

After lunch we headed off to our next stop. Sagrada Familia! What a sight to see! From stunning stained glass to magnificent statues and much more inbetween, it really is a must see if you ever visit Barcelona! We visited one of the classrooms where we learned a bit about Sagrada Familia and the history behind it. The cathedral is inspired nature and it was clear to see this inspiration all over the place! Everywhere we looked there was another animal or plant carved into the stonework!

Once back at the chalets, it was time to put on our dancing shoes for a second night to head to the disco! It was good to see some of the children still using their own unique dance moves and everyone getting involved. Mr Wah still hasn't learned any moves though! After the disco it was time for bed. Lots of sleep needed for an exciting day tomorrow! 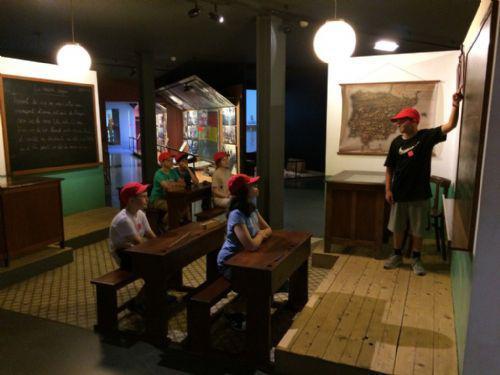 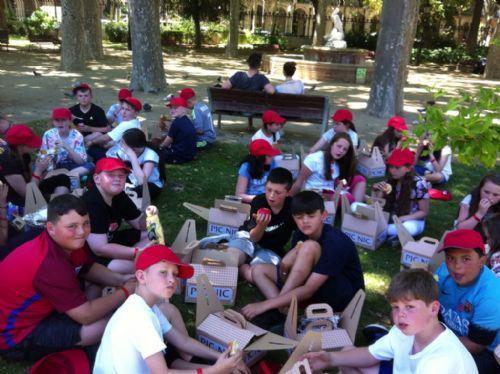 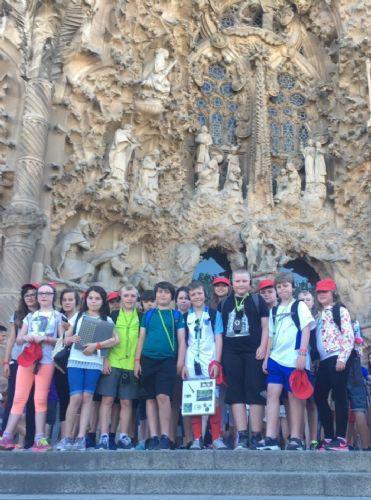 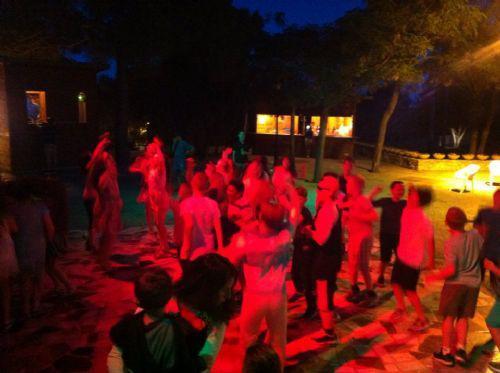 Today we went to the home of FC Barcelona, Camp Nou! What a start to the day! I think all of us enjoyed seeing the scale of the place, football fans or not! This 99,000 seater stadium has deffinately left an impression on us all. We got to see the press room, away dressing room, dugouts, the medical room and so much more!

The afternoon brought more adventures as we visited the science museum. we got to venture into space in the planetarium (although the glasses and headphones weren't the most comfortable things to wear). Not only did we get to see space, but the museum has its own indoor raintforrest complete with real animals! We still haven't found Dory though!

The range of science experiments we could actually have a go at was incredible! Not like some of the boring museums back home where theres nothing to do apart from read tiny information sheets on walls!!

If this wasn't enough to tire us out for the day, then there was something else for us to do back at the chalets! A Latin American dance workshop! Safe to say that not all of the boys were 100% keen to start off with but by the end, all had a great time! Some of the children (even the boys) were excellent! Others preffered to put their own unique idea of what Latin American dance is into it resulting in some very unique moves! 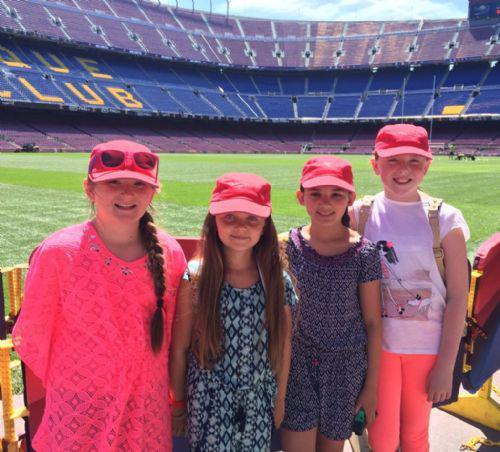 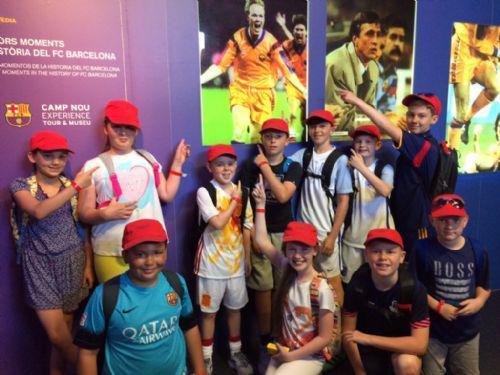 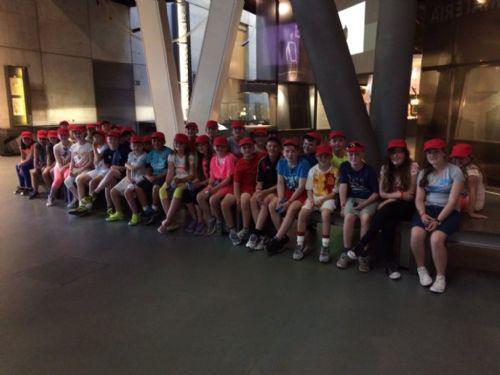 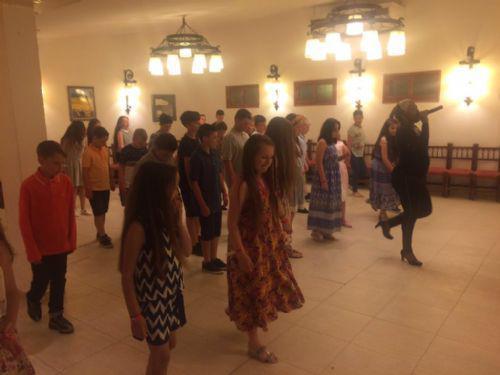 Everyone arrived in Barcelona safe and sound! The children were excited to get to Villanova Park and see the chalets they would be staying in for the next few days!
Today, we will be heading to the beach for beach games and to Parc Guell to see some of Antoni Gaudi's art as well as the longest bench in the world! The weather is as hot as expected, so plenty of sun cream and water all round!

More photographs and updates from todays activities will be posted later on today! 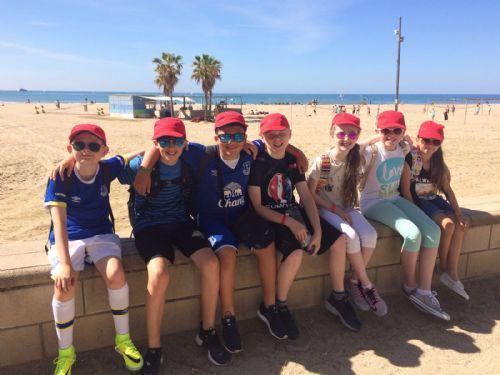 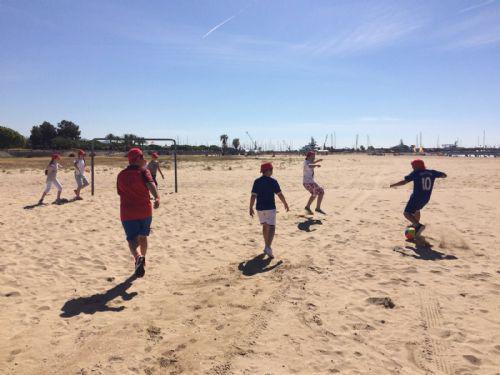