Biomes and Vegetation Belts: The Savannah

**Watch this space for a Documentary style news report about the Masai Herders.

During our topic on South America, we looked at the different settlements within Brazil, focusing on the Favela in Rocinha, and compared them to the settlements of our city, Liverpool. The children then presented their comparisons to the class. The children commented that although the style of the settlements differed, how the people spent their time was not actually that dissimilar to the way we do. We discussed the importance of not having preconceived views about these areas which may be given a 'bad press' in the media.

Jack: "When we presented our power point to the class, we needed to speak clearly and at a volume that everyone in the room could hear what we were saying. I found it helpful to point to parts of the screen to emphasise what I was saying. I had to be confident and stand straight. It is important to give eye contact to the audience and to listen to the person who asked questions."

Evie: "The mum in the video was interesting because she liked to spend time with her friends just like my mum." 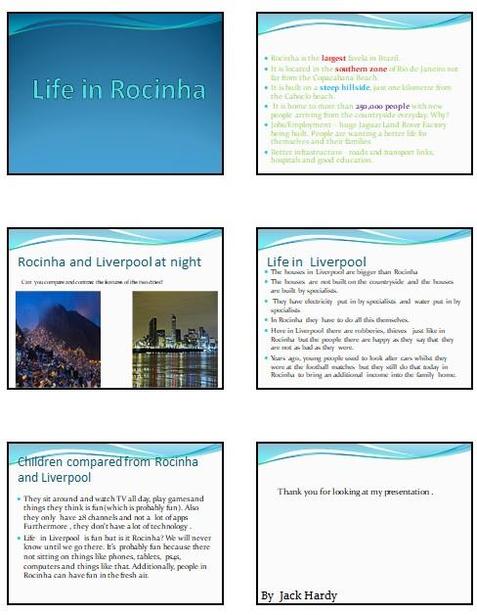 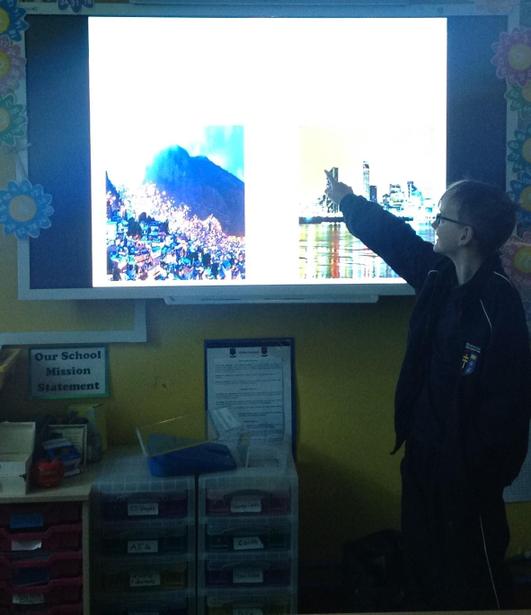