Hi everyone - Mrs. Grundy and Mr. Wah here. Thanks to all the parents for the great reception at the train station last night - the children were delighted to see everyone waiting for them. We've really enjoyed our two days in London. Everywhere we went, people came up to us to compliment us on how well-behaved and polite the children were. We could only agree! Keep an eye on the website over the next week or so for more photographs, comments from the children and...coming soon...London Visit - THE MOVIE!! But for now, it's goodbye from us all and thanks for following our adventures. 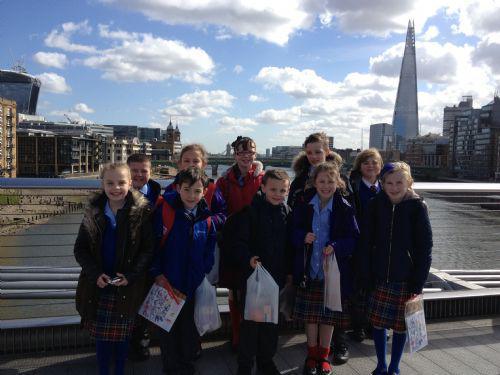 Whew - this has been a funpacked morning! We had to race back from the Globe Theatre to the English Speaking Union and now we're in our Shakespeare Festival workshops. We really enjoyed our first workshop on drama because we got to have fun and move around a lot, but then it was nice to sit down for the next workshop to learn about Shakespeare's language. Did you know that the 'welkin' is the sky and that a 'brinded cat' is a striped cat? After break, we are going to hear how people spoke in Shakespeare's time and then perform Shakespeare rap-style. What will that sound like?! 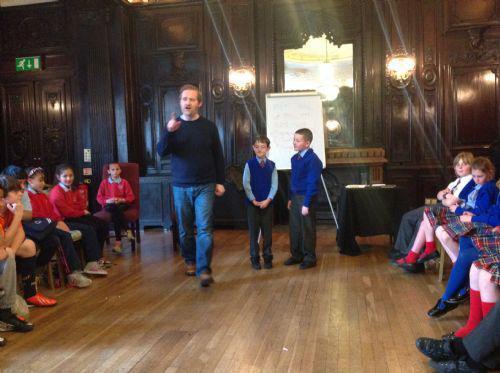 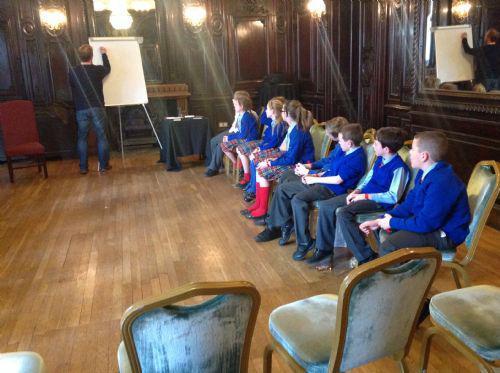 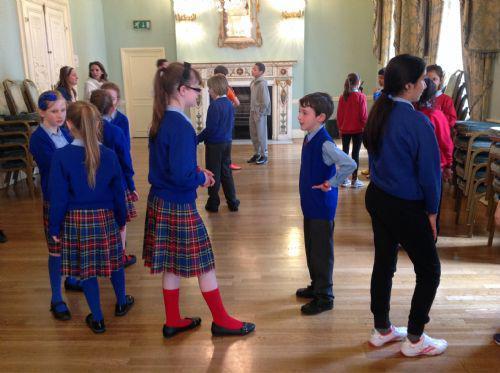 Wow!... How amazing was that: a London open-top bus tour! We got to see so many sights- Big Ben & the Houses of Parliament & Buckingham Palace (again), St Paul's Cathedral, the London Eye, London Bridge and much more. We didn't know where to look, but we have all taken so many pictures. Now we are off to the ESU again for our Shakespeare Festival.
Matthew

We all had a great night's sleep last night in our comfortable beds so we were wide awake at 7am ready for day 2! The hotel breakfast was huge, then we walked through Hyde Park to get the tour bus around London. The bus guide, Sam, knows a lot about London. He just told us that someone broke into Buckingham Palace in 1982 and sat on the Queen's bed! Next we're visiting St. Paul's Cathedral and the Globe Theatre. Keep watching for updates! 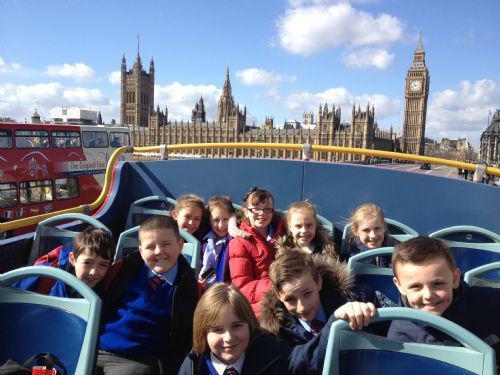 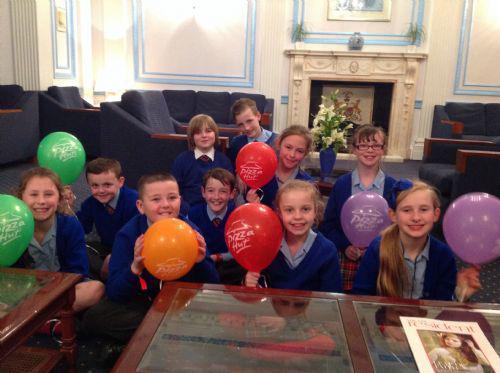 It's 8pm and we have just returned to our hotel, 14 hours after leaving Liverpool! We are all now so tired and full of ice cream that the only thing left to do today, is get changed into our pyjamas and sleep! Today was a jam-packed day: we visited the Houses of Parliament, met our local MP, saw Buckingham Palace, took part in a Shakespeare workshop and, most importantly, had a lovely meal at Pizza Hut. Time to rest up for more sightseeing and Shakespeare tomorrow! Bye for now... 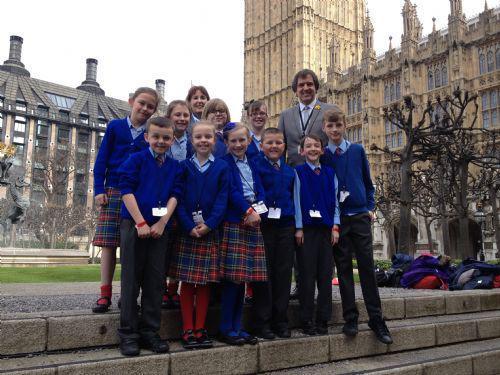 Hi everyone! We've just been to the Houses of Parliament and met our local MP, Steve Rotheram. He spoke to us about lots of issues and what life is like as a politician. He has lots of responsibilities. Meeting Mr Rotheram was really inspiring and interesting, especially the tour he gave us. We have invited him to our school, so hopefully we can give him a tour in return!" Robert (Year 5)
Now we are at the English Speaking Union or ESU for short. We are currently in the middle of doing lots of fun Shakespeare activities in a room named after Winston Churchill, like acting out the witches scene from Macbeth and designing our own stage settings for it. We will report back soon!
Emily (Year 5) 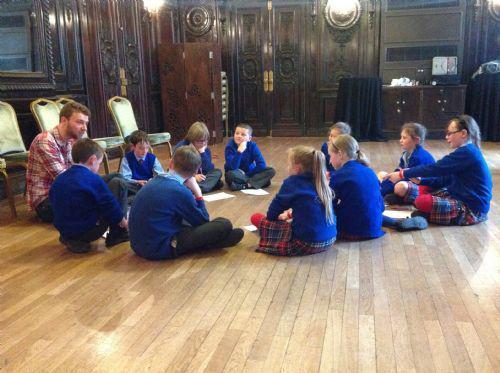 It's 7am and this is the first blog entry from the Year 5 group travelling to London. We're on the train to Euston eating our breakfast and watching the countryside go by. There's going to be a twenty minute delay arriving in London but it won't be a problem as we've got plenty of time to get to the Houses of Parliament to meet with our local MP, Steve Rotheram. This afternoon we're at the English Speaking Union taking part in a Shakespeare workshop based on Macbeth, the play we've been studying in class. Keep watching this blog for more updates! 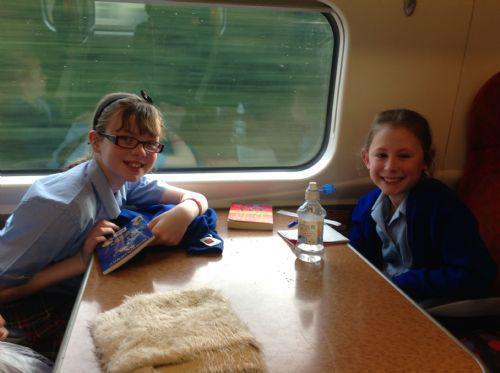 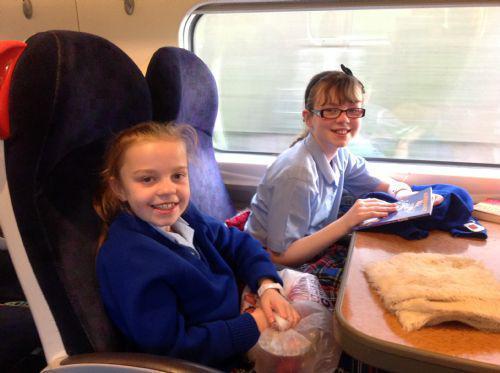