After considering our final design, we chose the vegetables that we would like to be included in our pie. We independently cut our vegetables into dice so that the vegetables would cook evenly as it stewed. We also decided on the size of our dice as we knew this would affect the taste of the final product. Did we want larger pieces of carrot? Did we want to include onion, but just to flavour the gravy rather than overwhelm the overall taste? How many potatoes did we want to include? - bigger potato pieces would remain whole after being stewed; smaller pieces would stew down and make the filling thicker. The choice was ours!

"We diced the vegetables and not our fingers!" 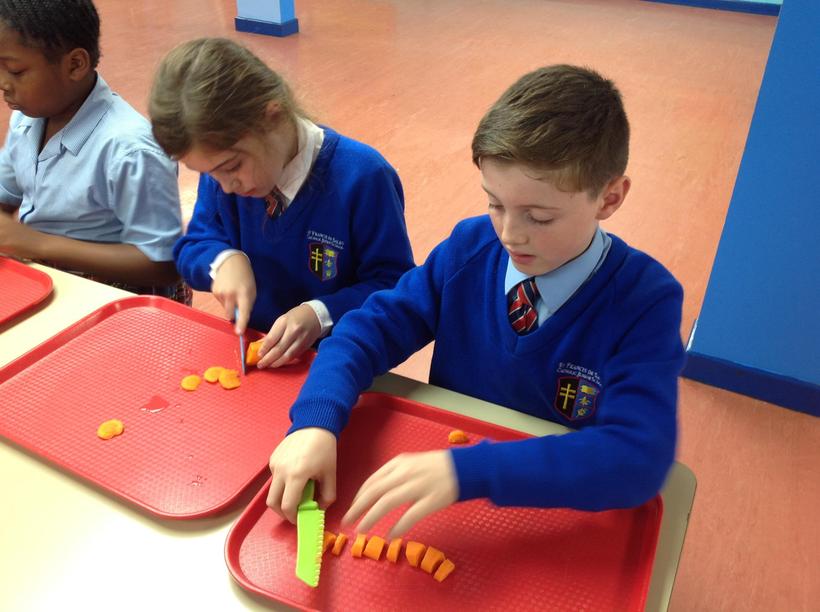 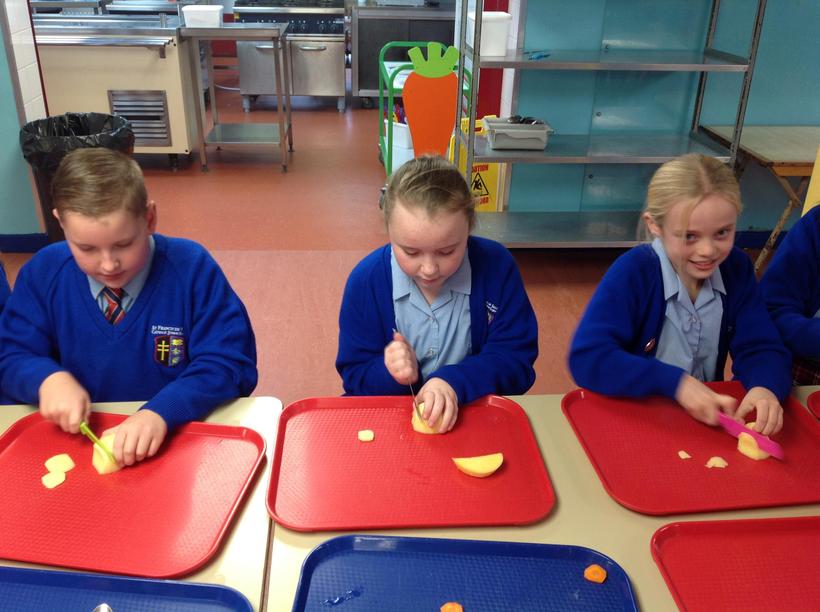 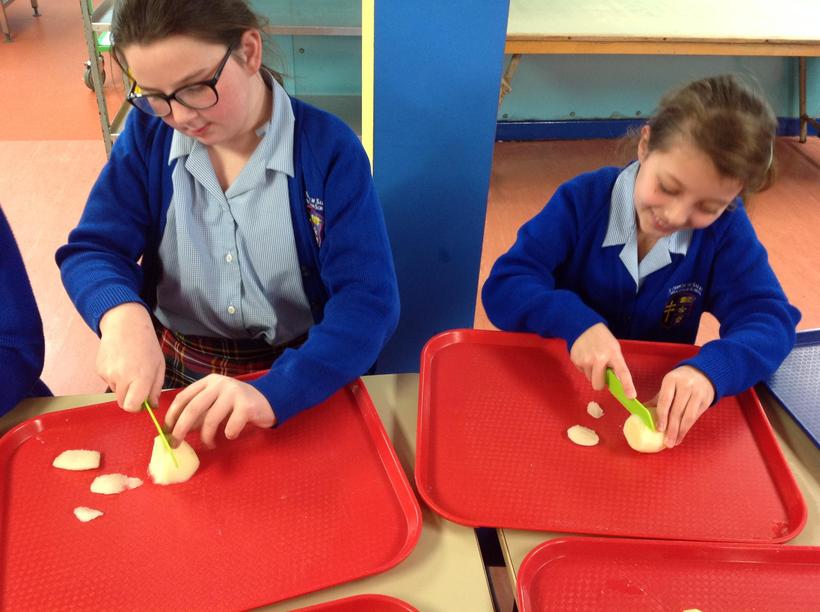 "I liked choosing which vegetables I wanted to include in my Scouse as I do not like onion, but learnt about how the taste would make the gravy even better. Because of this, I made sure that the pieces of onion that I cut were really small so that it would stew down quickly." Ava

"Inspired by my nan's recipe, I wanted to keep the pieces of potato quite big so that they did not break down when the filling was cooked. I learnt that if I cut them small, they would make the filling really thick. Therefore, I cut the potato pieces quite big by using the chopping skills we had learnt." Luca

After creating the existing designs and learning about how the mechanical and electrical systems worked, our next step was to use our existing knowledge to design and build our own models.  We had our own choice of materials and tried to create a simple design, using what we have learnt to apply it to our own model. Finally, we presented our models to the class, explaining the mechanical elements that we had used.

Creating our own design 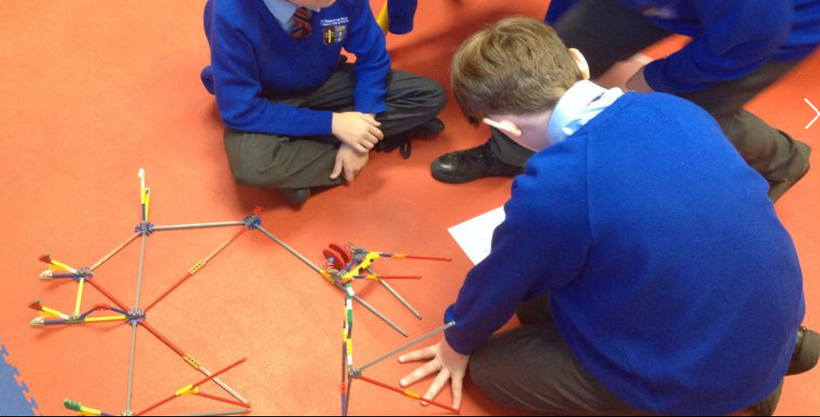 Presenting our new creation to the class 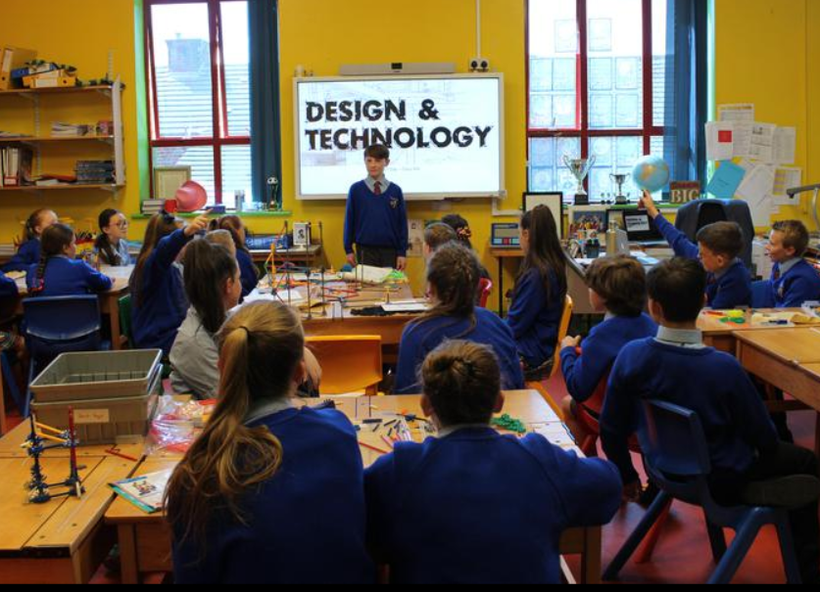 Building our own model using our new knowledge 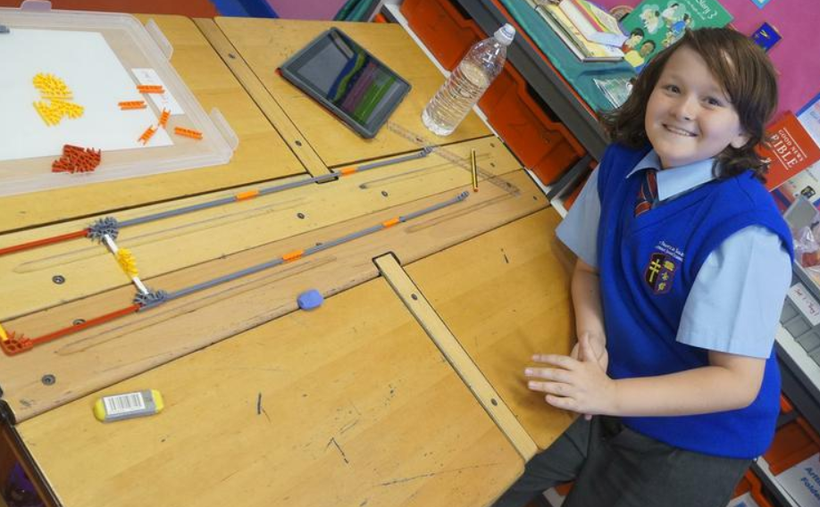 "I decided to keep my design quite simple using gears. I used what I learnt from the exploded diagrams to use in my own model. I made a simple ferris wheel; however, it did not have a motor and I had to add a force to push it around. Next time, I would try to use a motor in my own creation."  Charlie

"The independent activity was really challenging because you had to use what you had remembered to create your own design. I tried to create my own version of a pirate ship using the same triangles to keep the structure strong. I had to adapt my design because I made it too big, and it became too complex." Ruby