During the Summer term, Year 4 will have a opportunity to find out more about Roman life in Britain during a trip to Chester.

Arriving at the Grosvenor Museum, children will have the opportunity to explore a range of Roman artefacts and take part in a workshop that will see them turned into chefs, interior designers and even archaeologists! Following this, the children will march through the streets of Chester, dress as Roman soldiers, to reach the remains of the largest Roman amphitheatre in Britain. When there, not only will the children find out more about the life of Roman legionaries, but also they wiil try out different battle formations.

Inside The Grosvenor Museum 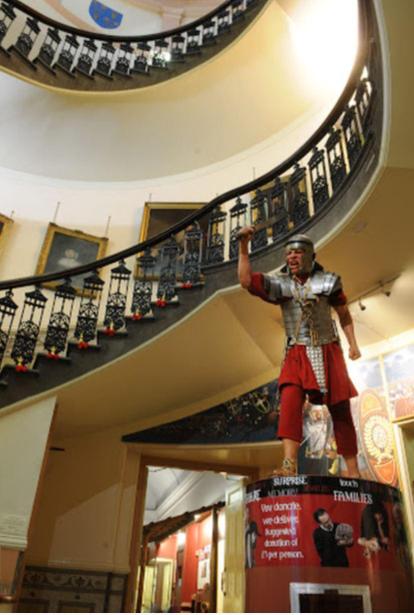 Battle formations in the Roman amphitheatre 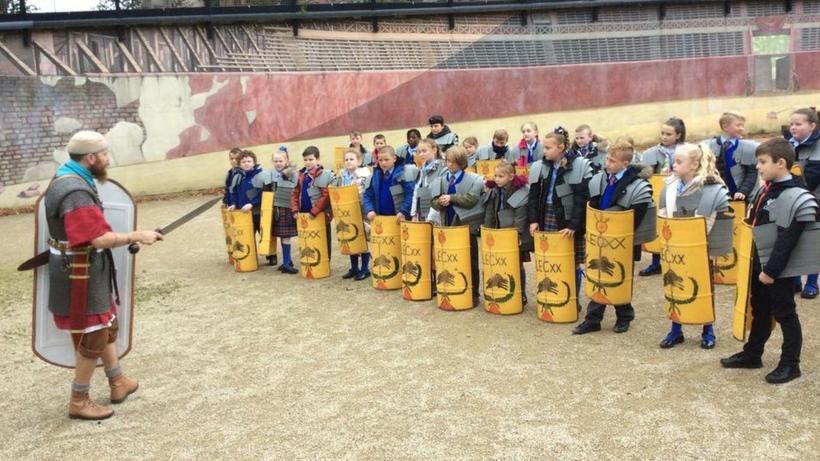 In Spring, Year 4 will be visiting one of Britain's great heritage sites: Quarry Bank. As part of this enriching cross-curicular experience, children will be donning their 'wellies' to carry out a study of the River Bollin,during which, they will measure the temperature and flow of the River Bollin and identify the river's key features and investigate the role erosion plays in forming meanders. Children will also explore how the flow of a river can be harnessed and used as a renewable energy source.

In addition, children will also be using their art sketchbooks to capture the amazing woodlands, gardens and meadowland of this historic National Trust site. Hopefully, the weather will be fine and the children's sketches will transport you to these incredible gardens in the bloom of Spring.

Imagine That! Science and Discovery Centre

25 children were very lucky to be selected to attend a fantastic trip to the science discovery centre in Wavertree.  The trip was a great way to take learning outside of the classroom and put our science investigative skills to the test when experimenting with slime, never-melting snow, volcanoes, rockets and in the water zone.

The children had a fun day of multi-sensory activities from powering speakers by pedalling on bikes; racing the materials through the wind pipe; launching rockets by air pressure; creating shadows in the light tunnel and digging for fossils in the construction zone.  The children learned so much during the day and even managed to fit in making Christmas decorations and reindeer food!

"The day was fantastic!" said Stephen

"I loved mixing the ingredients to make a rocket!" said Dixie, "It was so funny when it exploded."

Nathan commented, "Today was amazing!  I loved making the snow and learning about how it is used in film sets for effect. I also loved the water zone and connecting the pipes to pump the water through the zone." 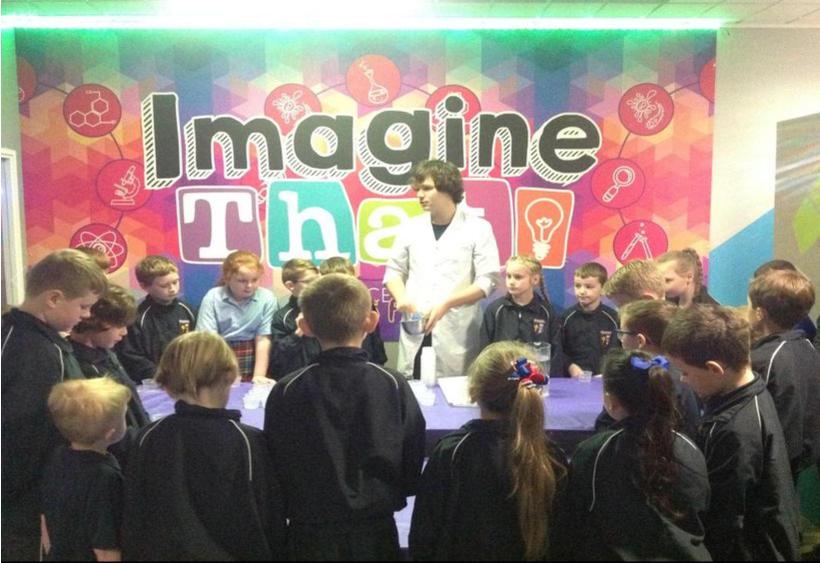 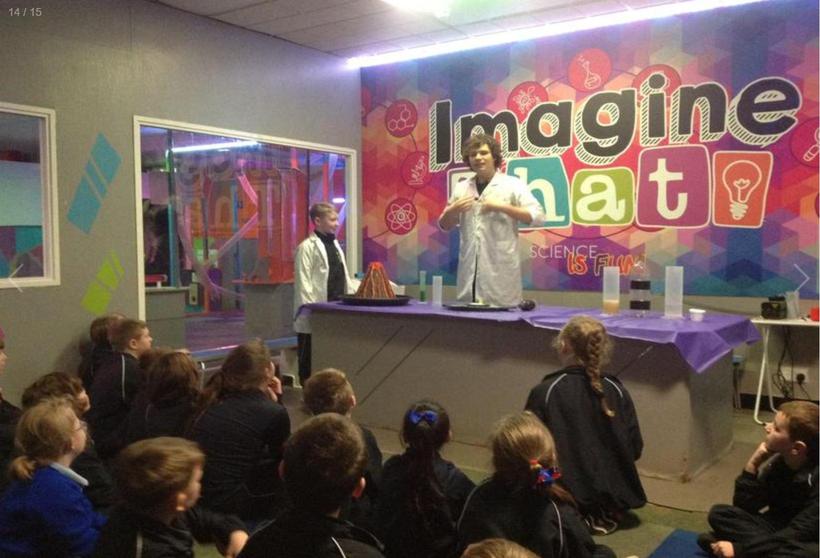 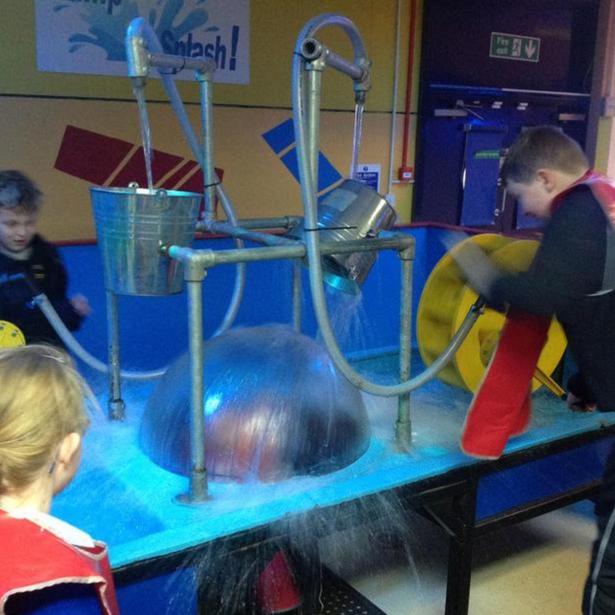 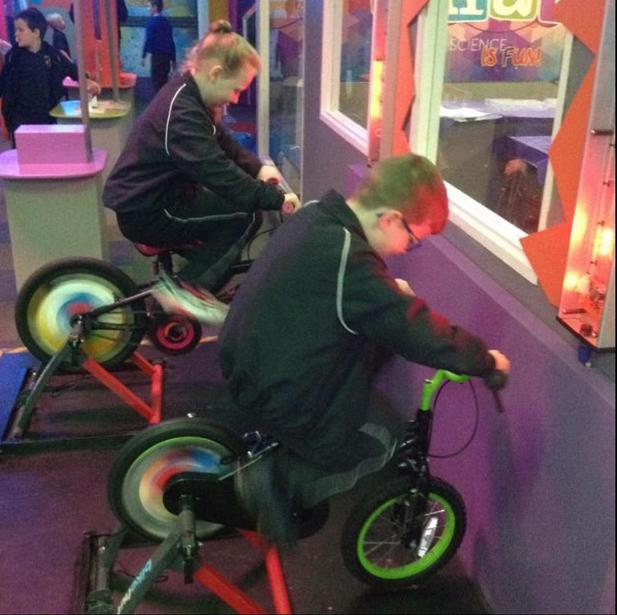 The Chronicles of Narnia: The Lion the Witch and the Wardrobe Experience

Year 4 were transported back in time to during the war today as they took part in an immersive Narnia experience. This was in preparation for studying The Chronicles of Narnia: The Lion the Witch and the Wardrobe by C.S Lewis next Term. The adventure started off when they were billeted to the countryside and met Mrs Macready who shared the rules and expectation of the evacuees! The children couldn’t believe how many chores they would have to do! On arrival at the Professors house, they entered the magical wardrobe and were transported to Narnia and journeyed past the lamppost to meet Mr Tumnus, Mrs Beaver, the White Witch and even Aslan himself. After overcoming the witch’s cunning plans they saved Aslan and became crowned Kings and Queen of Narnia. Remember ‘Once a King and Queen of Narnia’ always a king and Queen of Narnia!’ 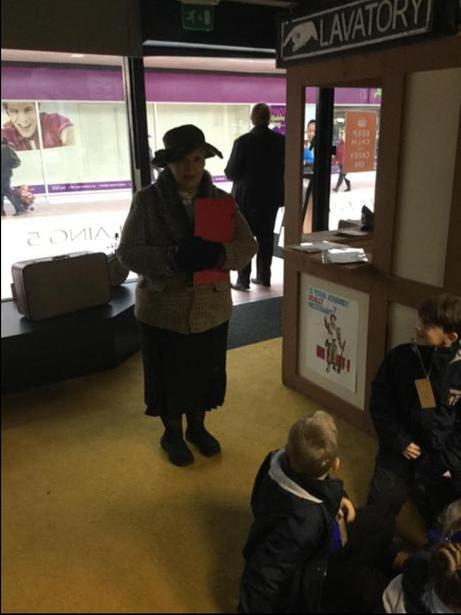 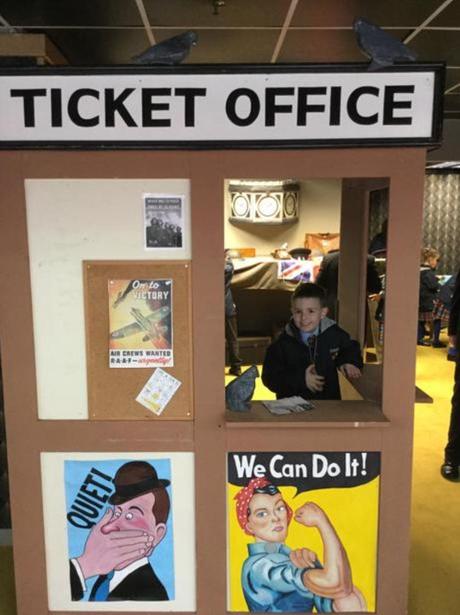 Billeted with suitcases and luggage labels! 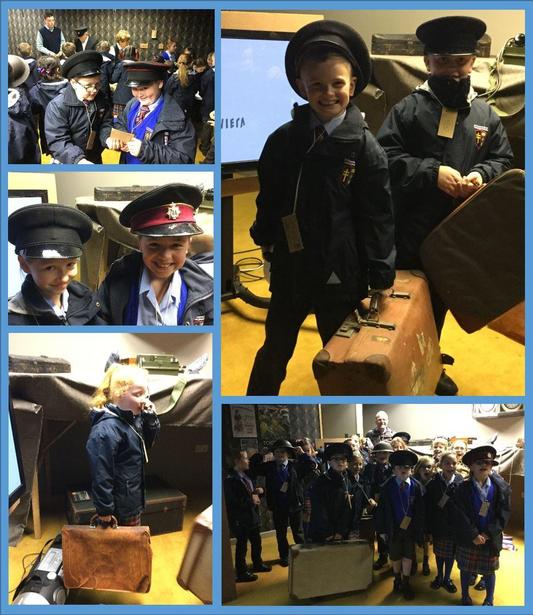 Through the wardrobe into Narnia! 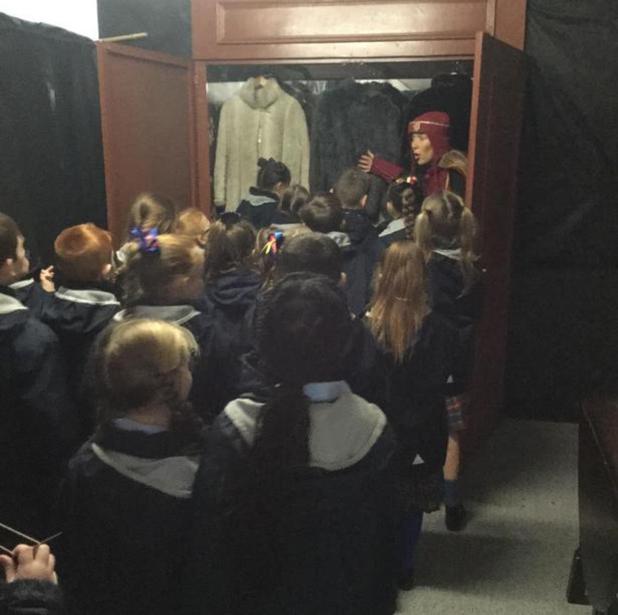 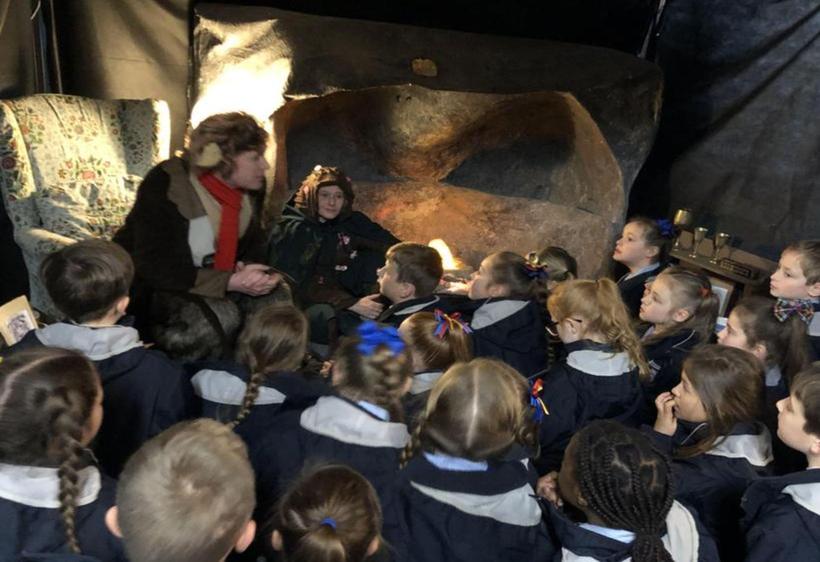 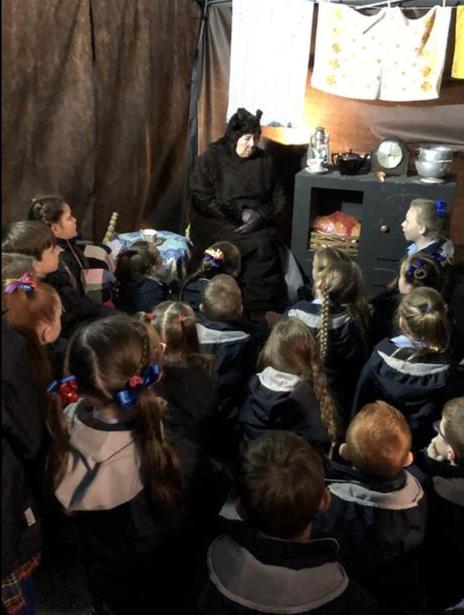 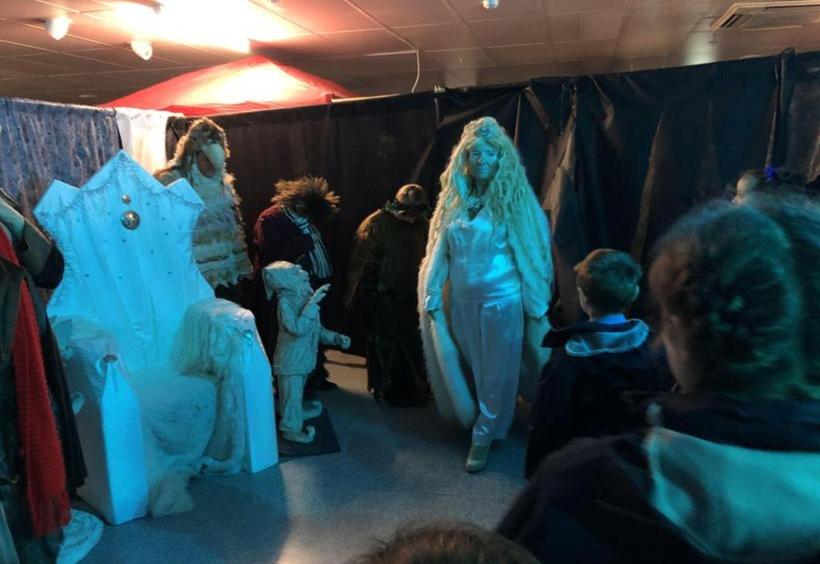 As Aslan returns, so does spring. 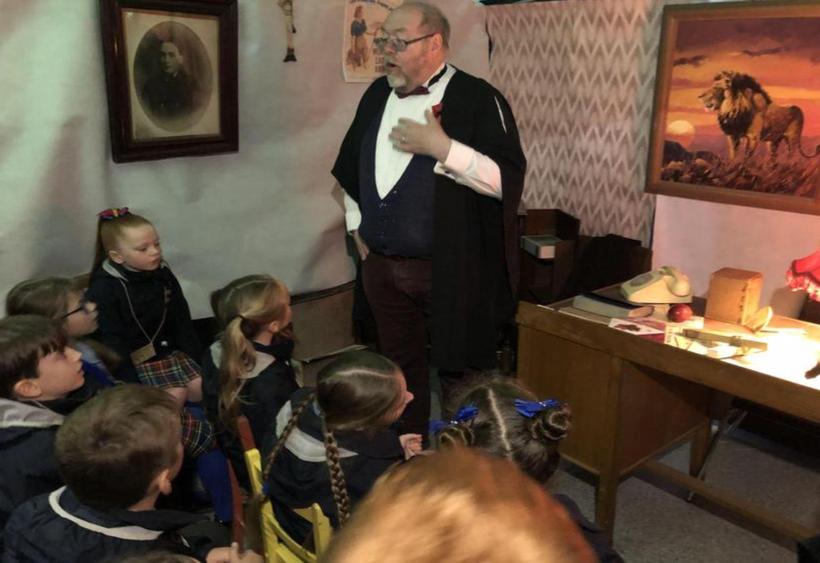