Today, Year 3 independently set up a simple fair test to explore the physical properties of rocks. The children investigated various rocks including granite, marble and chalk to explore the degrees in which rocks are permeable and impermeable. 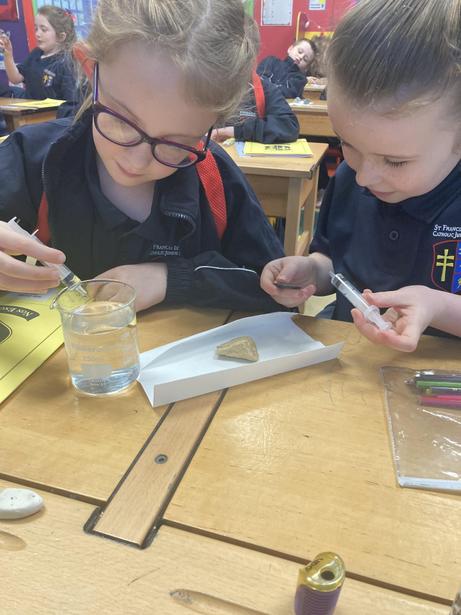 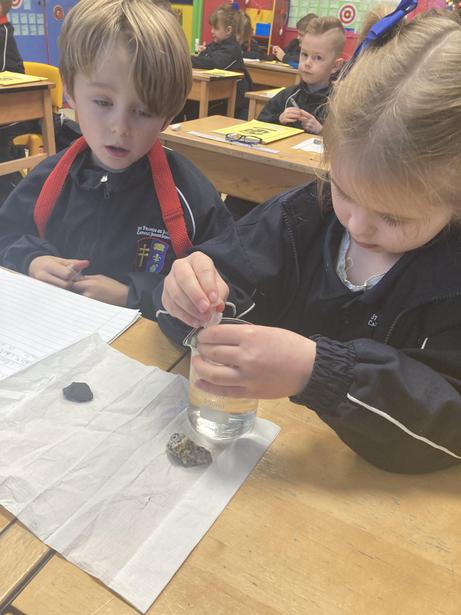 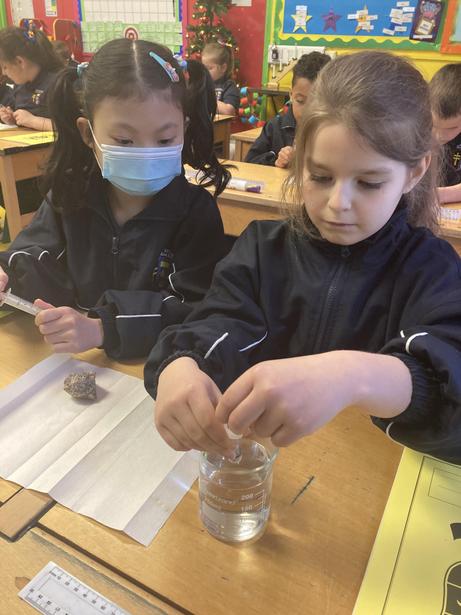 'It was important we all used the exact same amount of water to make sure the test was fair. If I did this experiment again I would use chalk and clay and measure how long it took for the water to soak through the rock.' - Madison

Researching Jane Colden and her influence in the field of Botany

The children have used a range of secondary sources to help them find the answers to key questions including:

In the image below you can find a summary of Sadie's secondary research.

"I really enjoyed using books and an Ipad to research information about Jane Colden. I can't believe she never went to school but created a book that influenced many other people!" - Sadie

Investigating what plants need to survive

To understand what plants need to survive, the children set up an experiment to investigate the growth of four plants with four differing conditions over a week. After observing growth over time, the children used the data they collected and wrote a conclusion from their findings. 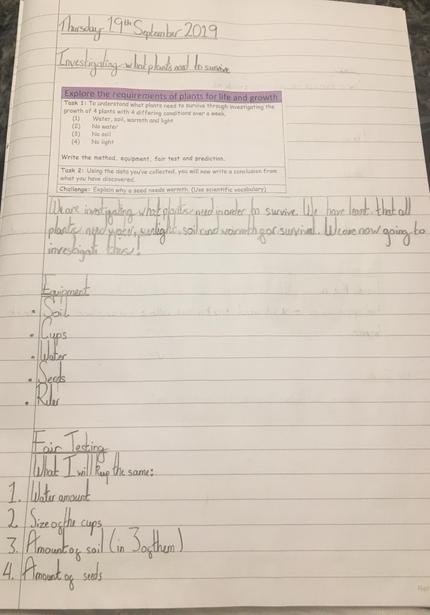 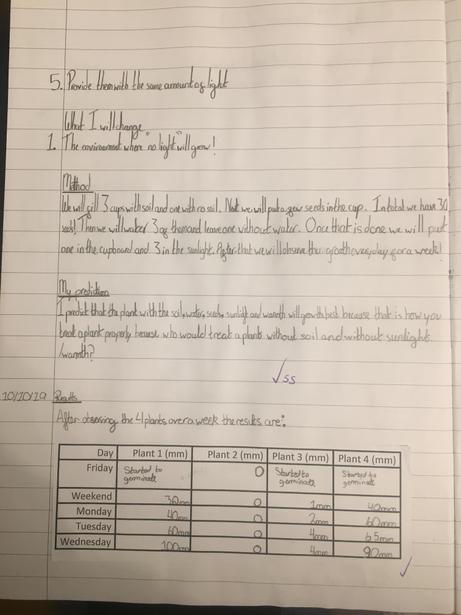 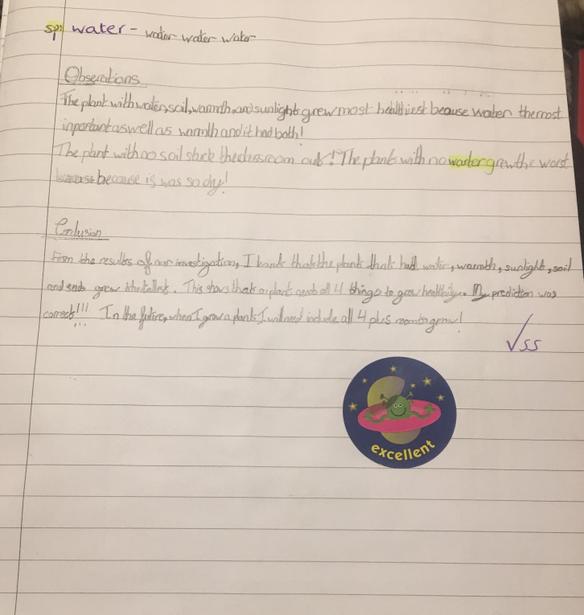 "I learnt that a plant needs 4 things to grow healthily; water, warmth, soil and light. Surprisingly, the plant that didn't have any light still grew, however it was thin and very pale. " Eve, Class 1

How is soil formed? 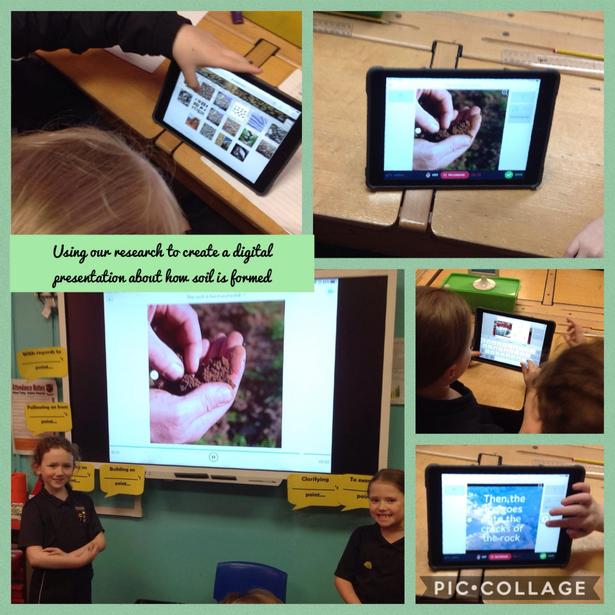 "I was shocked to learn that soil comes from eroded rocks! Also, did you know weathering erodes rocks? This means that the weather effects rocks and wears them down." Maggie, Class 3

Investigating hardness and permeability of rocks

Working in groups, the children set up their own investigations to find the answer to the following questions: 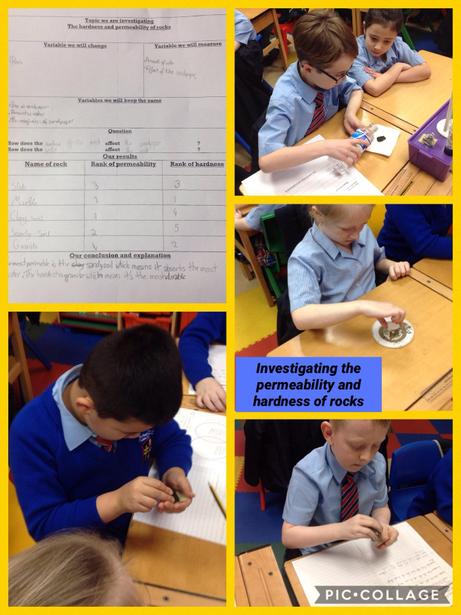 "We worked together to set up our own investigations. My team decided to measure the amount of water that affected the rock for permeability and the effect of the rock on the sandpaper to measure the hardness. We ensured that we kept the test fair to have the most trustworthy results." Cody, Class 2