Yesterday afternoon, the school football team had yet another game this time it was at Liverpool Football Club’s Academy in Kirkby. We started off well and took the lead after Thomas McNally scored from close range. It was a tense first half and both sets of boys battled hard. In the second half, Croxteth scored two outstanding goals from outside the box to make it 2-1 to them. Josh Miles equalised soon after but unfortunately we conceded once again towards the end of the game. Despite all the boys hard fought efforts, we went away disappointed. This however, was the first of many games to be played this year in the Mini League at Liverpool Academy so all is not lost. The next game is Monday at 3:30pm against St Michael's. 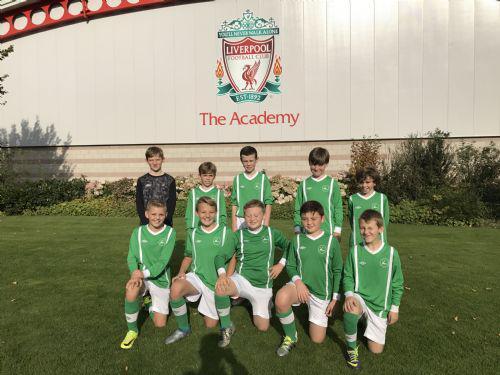