This week, Year 6 embarked on a thought-provoking journey into their riveting local history topic: The Liverpool Slave Trade. We began by discussing, scaling and ordering significant events onto our timelines documenting Liverpool’s involvement in the Transatlantic Slave Trade. In addition to gaining an insight into Liverpool’s slavery links, we also analysed a map of the transatlantic slave trade, showing the route the ships took in exporting goods and importing slaves into Liverpool and across Europe. Did you know that Liverpool was the leading city in Europe for importing slaves?

We look forward to learning more about Liverpool’s inglorious past over the next eight weeks. 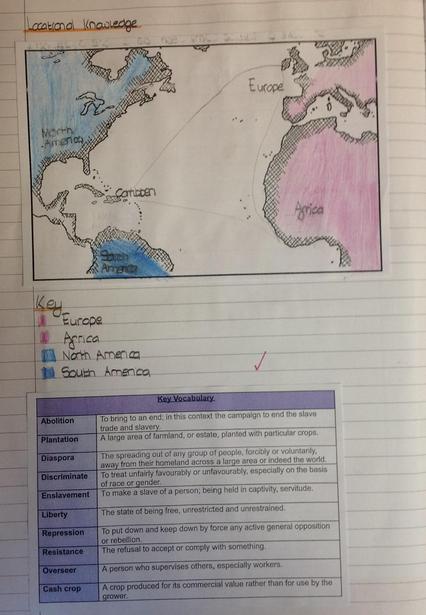 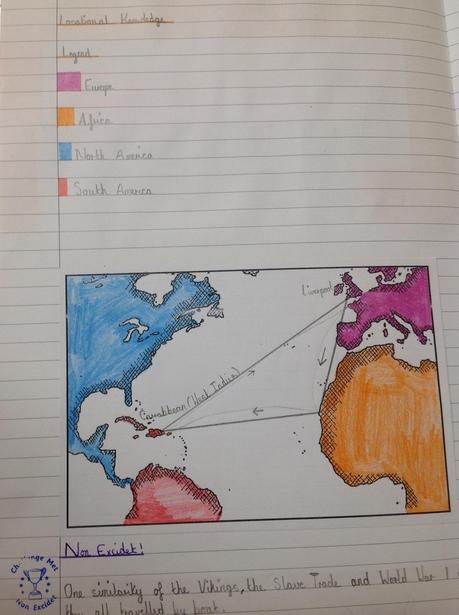 Who were the Liverpool Slave Traders?

In order to acquire more knowledge about the Liverpool Slave Trade, we have been acting as archaeologists, looking at a range of secondary sources from the slave trade.

Firstly, we discussed that these artefacts were replicas (secondary sources) because originals (primary sources) would be extremely expensive and there would only be a limited amount that the whole world had to share. Then, by using our deduction skills, we used our senses to feel, look and even smell the artefacts to see if we could acquire knowledge of the slave traders by working out what each item was used for.

"I was really shocked at the clear brutality of the slave traders. The shackles and weapons were heart breaking to see." - Pheobe, C15 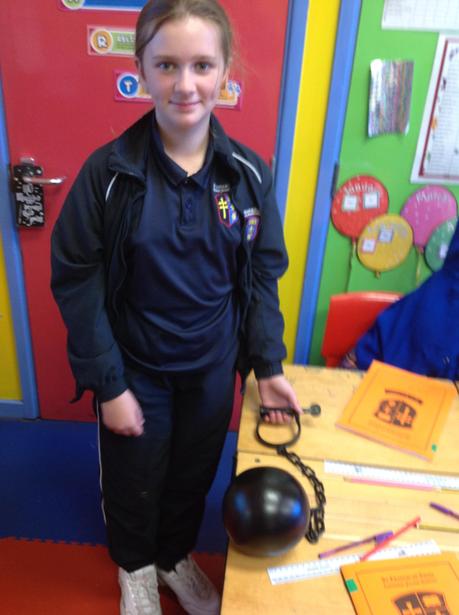 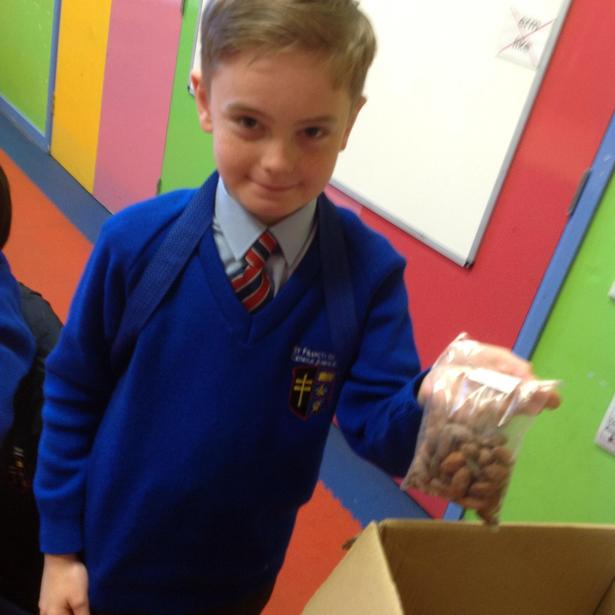 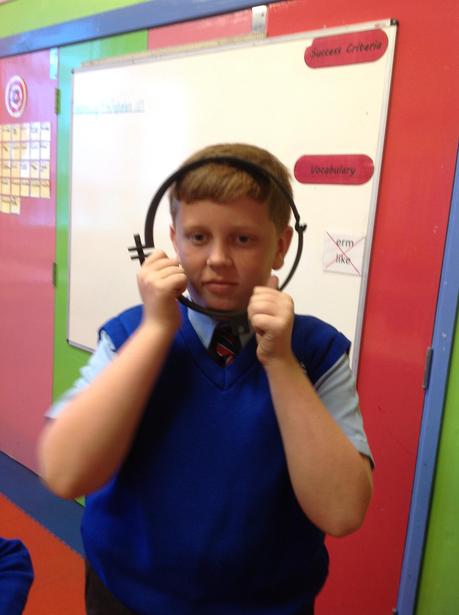 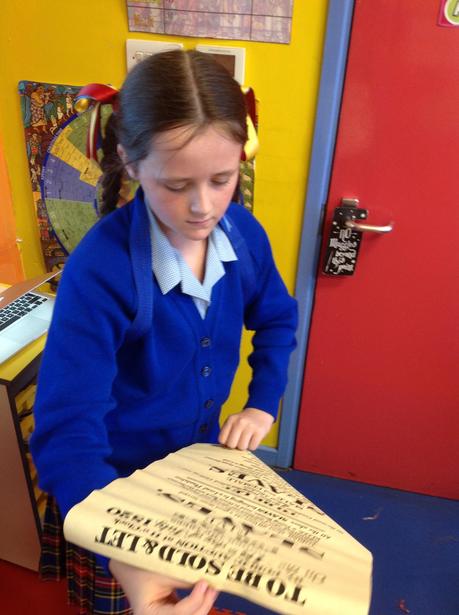 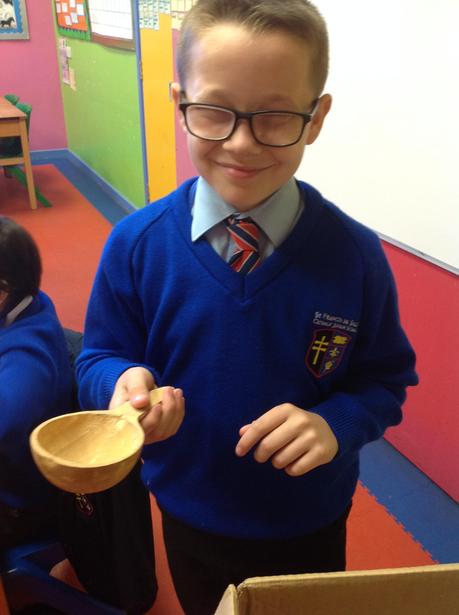 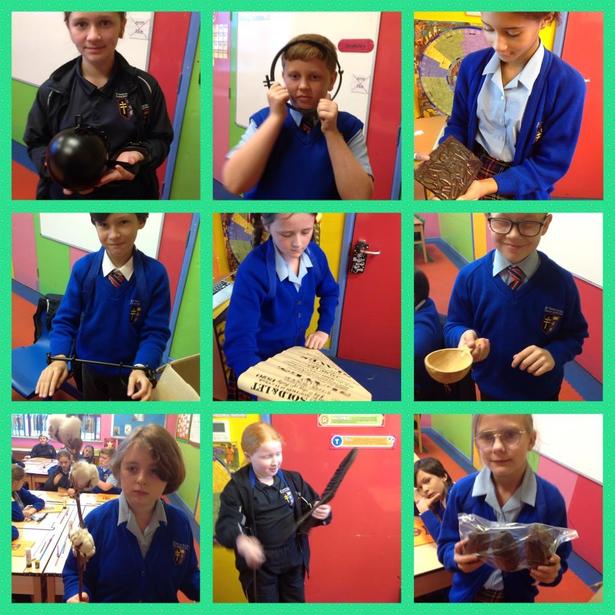 Accommodation and Perspective of Slaves

To gain a further insight into the lives of the slaves, we explored the harrowing conditions on board a slave ship.

We were horrified to discover that a slave ship named, 'The Zong' was responsible for taking the lives of many slaves inhumanely. To strengthen the case of the horrendous conditions, we read the testimonies of two slaves; Ottabah Cugoano and Olaudah Equiano.

"Did you know the slave ship Zong was owned by two Liverpool merchants who had both been mayors of Liverpool? It left the coast of Africa in September 1781. Far more enslaved Africans had been packed onto the ship than the hold was adapted for. Disease spread quickly, helped along by malnutrition. By November 1781, sixty Africans had died. Captain Luke Collingwood decided to throw another 131 Africans overboard to stop the disease." - Urwah, C16

It was heartbreaking to read the accounts of the two slaves. It is hard to imagine the harrowing conditions they suffered throughout their lives. - Anthony, C14 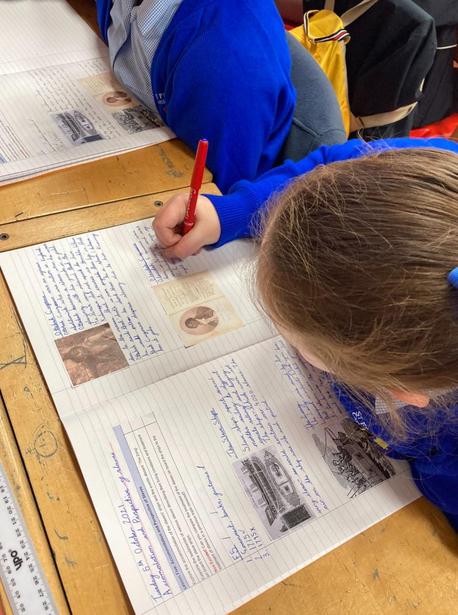 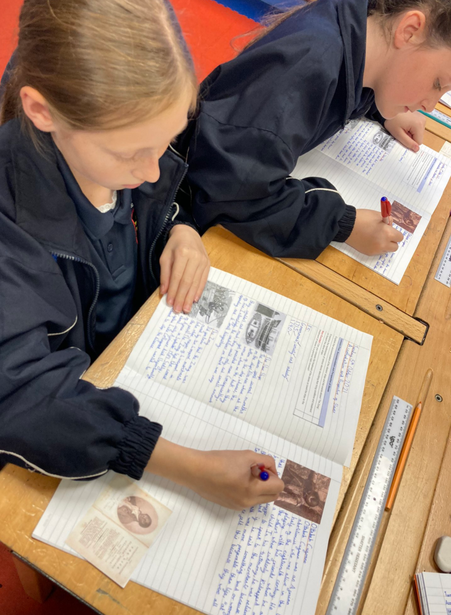 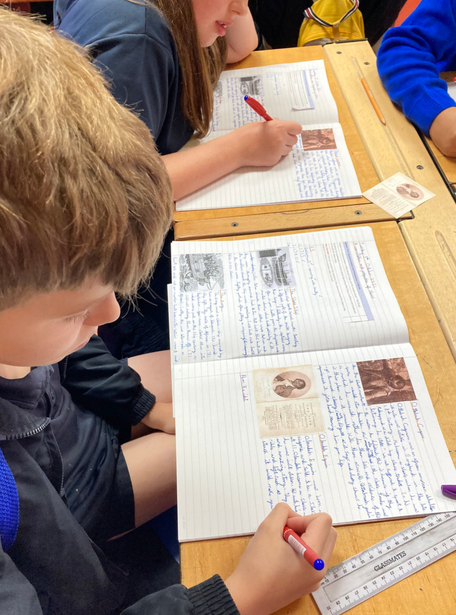 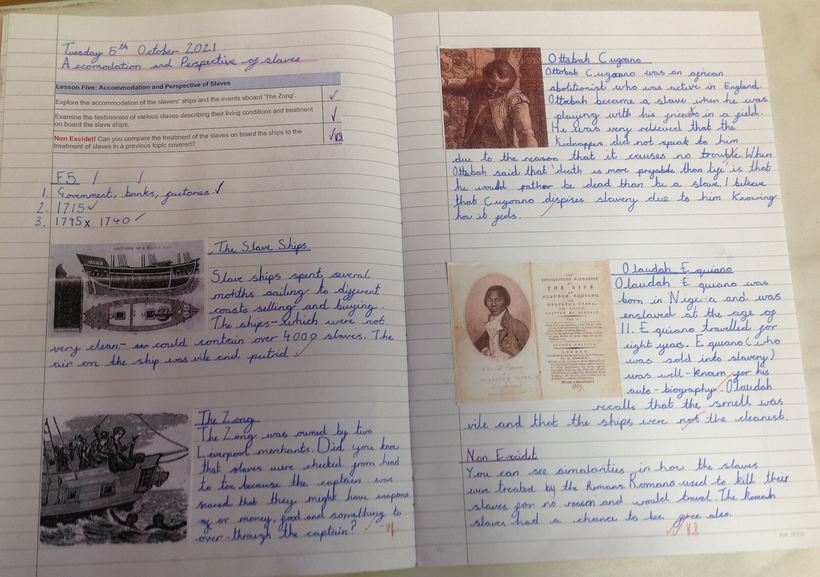 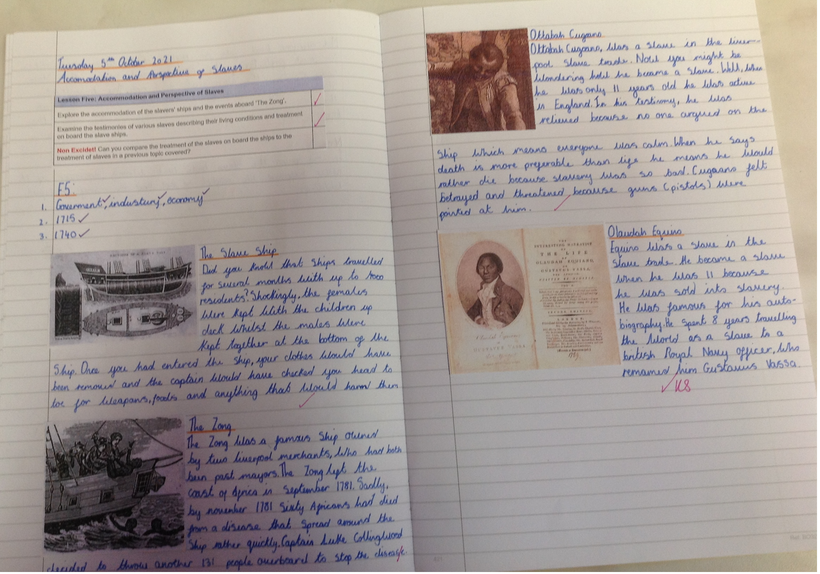 Beliefs of Society During the Slave Trade

It is hard to imagine a society in which the slave trade was deemed acceptable; however, as we discovered, many people in Great Britain believed that our Empire was right and just in doing what she did. We explored how the slave trade impacted both the rich and poorer members of society and how even the Bible was used as a way of approving slavery to the masses (as there are examples of slavery in the Bible). Did you know that many people believed that slaves were not actually human at all, but cattle to be moved and worked as deemed fit? 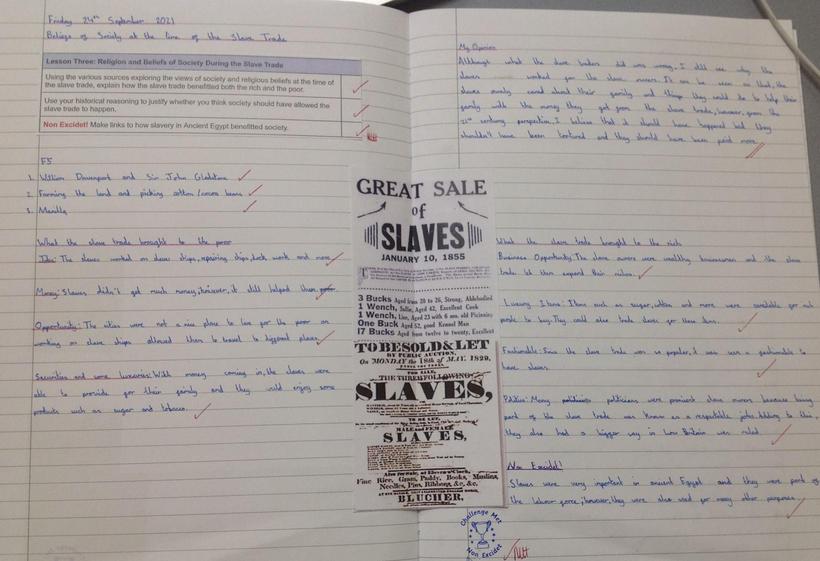 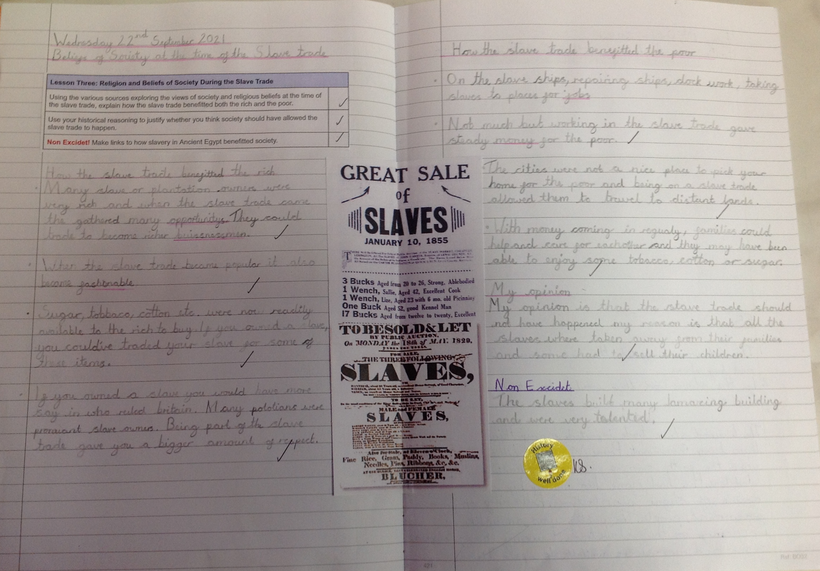 Politics and the Impact of the Slave Trade in Britain

Today we explored the fact that the government was one of the main beneficiaries of Britain’s participation in the Transatlantic Slave Trade. We were shocked to discover that many government officials were involved in the slave trade and they became very rich as a result.  Prime Minister William Gladstone was the fourth son of famous Liverpool merchant Sir John Gladstone. He had made his fortune by owning dozens of sugar plantations in the Caribbean and the Americas. We used various sources, to evaluate the impact that the slave trade had on Great Britain and how this create a complex national identity for society at the time.

The Abolition of Slavery

We independently researched the abolition of the slave trade in Great Britain and developed our understanding of how this impacted the wider world. Additionally, we also analysed sources; a quote from Graville Sharp (a British abolitionist) and  Mr. William Pitt, (Prime Minister in 1792). Both key figures during darker times, we recognised that they both spoke passionately about the inhumanity of the slave trade and how Britain ought to lead the way for change.

'During this lesson, I felt inspired after hearing about the actions of 'The Society for the Abolition of Slavery'. It must have taken great courage to campaign for change and resilience not to give up.' - Eva, C14

'I was shocked to read that slavery was not abolished until many years after the slave trade. The many years of suffering must have been heart-breaking for the slaves involved'. - Oliver, C13

Today, we explored the life of the Liverpool-born solicitor, poet, botanist and activist: William Roscoe. Roscoe was a keen supporter of the abolition of the slave trade and during his time as an MP, he published many pamphlets, poems and he even petitioned in parliament for the dissolution of the trade. In order to truly appreciate the passion of his words and thoughts on this matter, we analysed an excerpt from his 1787 poem; The Wrongs of Africa and we used our acquired knowledge of the slave trade to understand the powerful messages behind his words. Within this poem, Roscoe calls upon the 'wrath of God' to lay severe penalties upon those involved in the trade and he also berates the slave trade merchants and MPs for their arrogance in claiming that Britain was a just and fair nation- powerful words indeed!

Through our research, we also discovered that Roscoe Primary School in Liverpool was named after this famous abolitionist. 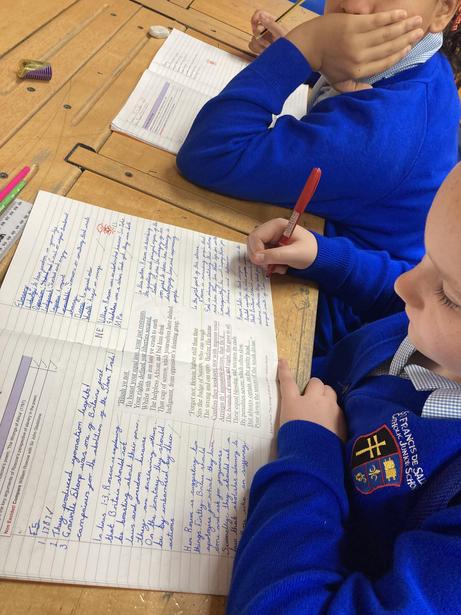 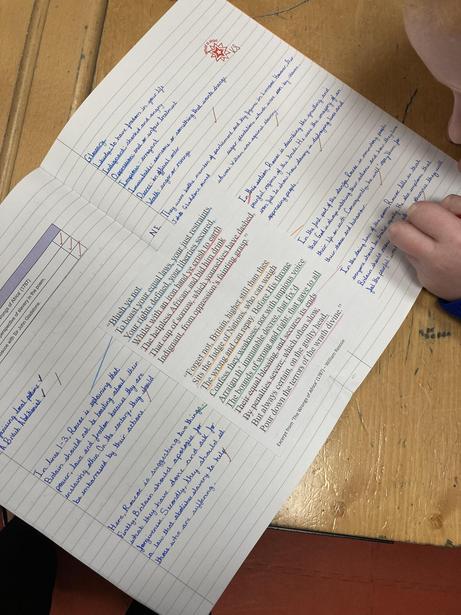