Acquisition of knowledge and skills

Year 4 ensured that we were not missing any crucial knowledge and started the year off by taking a look at volcanos and earthquakes.

We took a close look at the structure of the earth and how volcanos and earthquakes occur.

' I loved looking at the town of Pompeii during the lesson.. I can't believe how perfect the people have been preserved for so many years. I would love to go there and see it for myself when I am older.' - Lottie

Our year 4 children discovered the different features of a coastline formed by the process of erosion. They then showed their understanding by comparing the formation of Formby’s sand dunes to Durdle Door’s arch!

'Did you know that sand is made when rocks are broken down by waves? This is called erosion!'- Amelia

'An arch is formed when a cave is eroded by the waves, causing a hole to form in the headland!' - Charlie 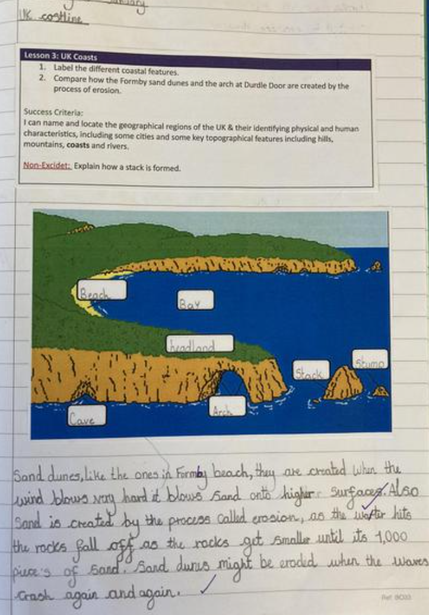 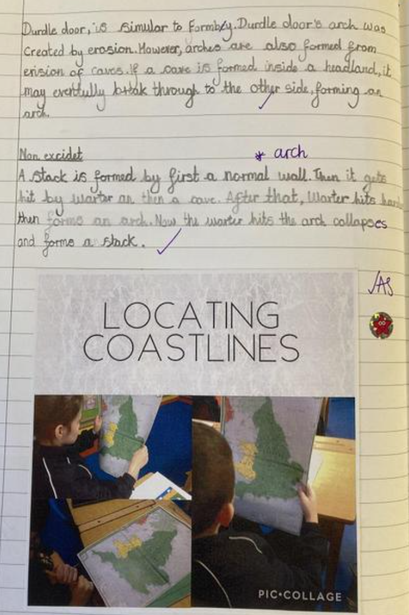 After learning about Ordnance Survey map symbols and keys we applied our knowledge by completing  the following activities: 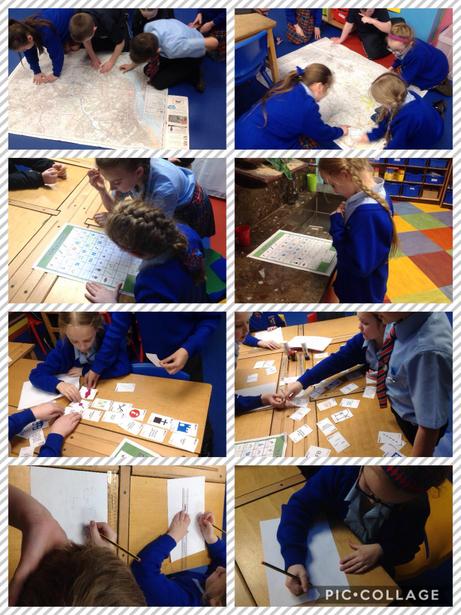 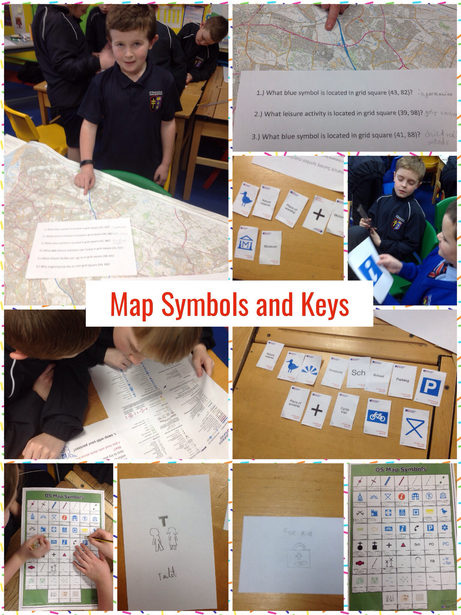 After learning about the physical and human geography of Spain and the country's major settlements, we completed the following tasks to help our acquisition of knowledge and skills:

We included information about the location, the physical and human geography, the population and the climate of each settlement.

Tourism and the Human Geography of Barcelona

After learning about the importance of tourism in Barcelona we created a tourist booklet to inform and encourage people to visits Barcelona. The challenge was to include independent research and persuasive skills.

Not only does Barcelona have miles of golden sandy beaches that people can use to play and have fun or relax and enjoy the sun, sea and sand, but also it has picturesque mountains and nature parks where people can explore the physical landscape.- Hollie, C7

Not only is Barcelona one of the most popular tourist destinations in Spain, but also in the whole of Europe. Every year, around 20 million people visit Barcelona. - Thomas, C6

Barcelona has invested in its tourist industry by building a huge cruise port and terminal. This attracts an extra 3 million people, visiting on day trips, per year.- Michael, C8 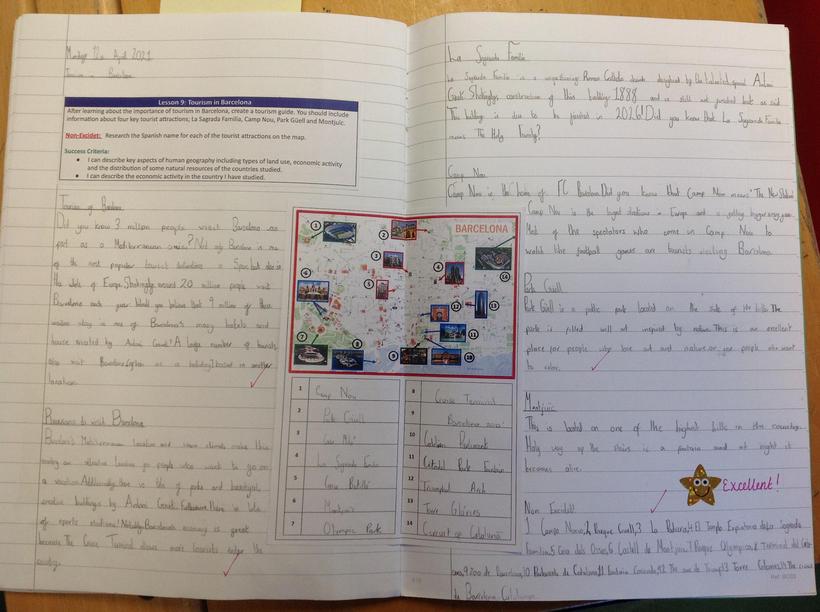 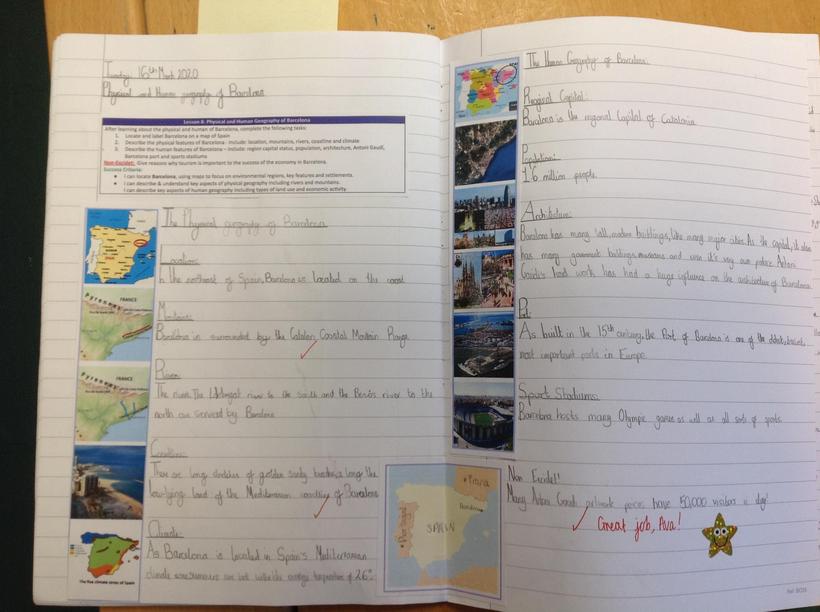 Mountains: How they are formed

In order to understand how mountains are formed, we first had to take a closer look at the structure of the Earth.  The Earth’s crust isn’t just one solid piece of rock. The crust is broken up into enormous land masses, called tectonic plates, which cover the Earth’s surface, like a giant jigsaw. The tectonic plates are constantly moving and it is this movement which causes mountains and volcanoes to be formed.

Using this newly acquired knowledge, we then discovered that there are many different types of mountain (Fold, Fault- block, Dome, Volcanic and Plateau), all over the surface of the Earth. We showcased our knowledge by describing how each different type of mountain is formed. Check back soon for a wonderful picture of our written work.

Wow! I did not know there were so many different mountains! My favourite mountain to learn about was a Volcanic mountain as it developed our knowledge and understanding about them that we acquired in Year 3! Did you know Mount Snowdon is an extinct volcano?- Amelia, C8 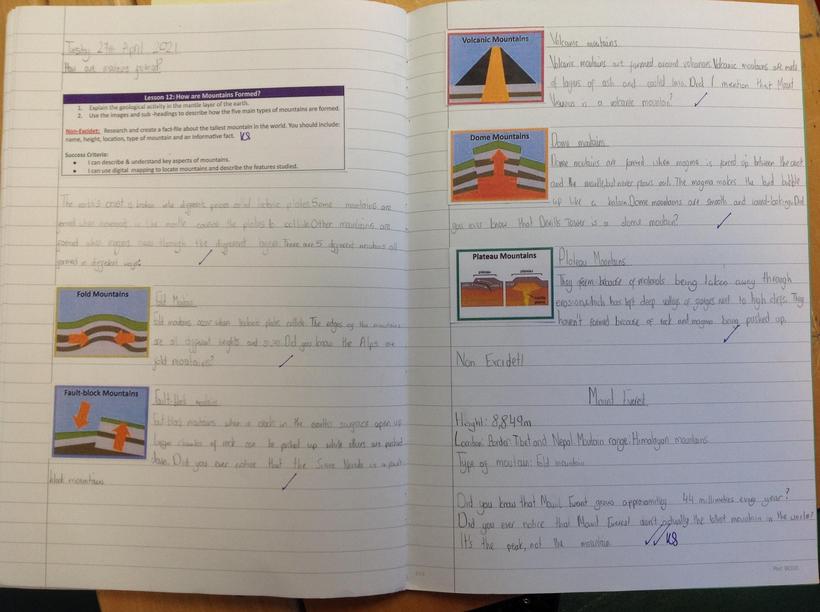