A Key Event in Anglo Saxon Times: The Battle of Hastings

How did the Anglo Saxon rule come to an end?

Today in class, we wrote an recount of the last few months of the rule of the Anglo Saxons. We covered the Battle of Stamford Bridge, William the Conqueror and the Battle of Hastings. By learning about these pivotal events in history, we gained an understanding of the cause and consequence of past events and how they have shaped Britain and the wider world. We also explored how the legacy of this event impacted on world history. "I found it amazing that we were ruled  by the French for 80 years! This is why we have words with French origin in the English language such as: commence and continue!" Amelia H

"The English soldiers must have been exhausted by the time they reached Hastings on the South Coast after their battle in Stamford Bridge which is up in the north east of England!" Dylan S

"I enjoyed learning about the Battle tactics!" Oliwier D

The Chronology of the Anglo-Saxons in World History

Eoin: "It was great that I could remember that the Greek civilisation began before the Romans!"

Where do the Anglo-Saxons fit into world history? 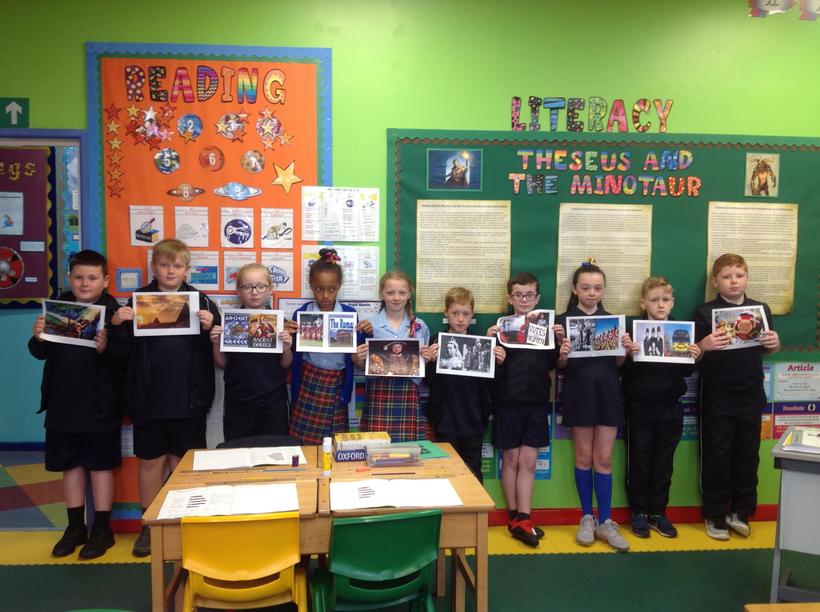 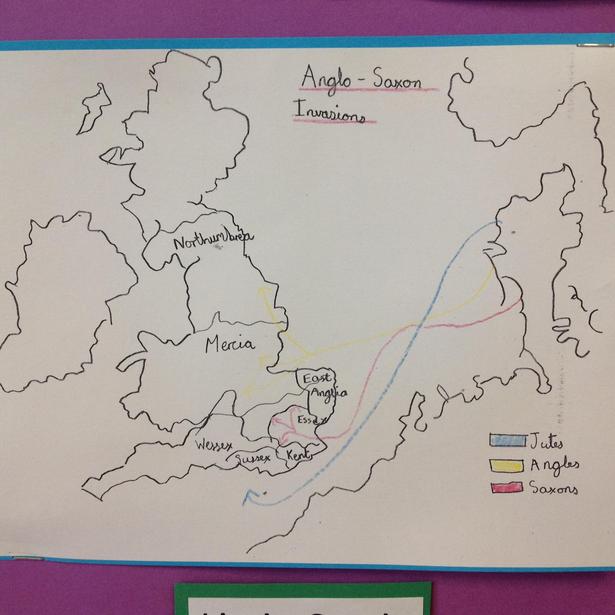 Year 5 were fascinated to learn about the Anglo-Saxon findings at Sutton Hoo. They were impressed by the fact that this led to the most significant amount of treasure being found in an archaeological dig in England ever! The children found that this helped to understand the legacy of the Anglo Saxons too. Following this, it was up to our pupils to research, analyse and explain what certain objects were and what they could teach us about Anglo-Saxon culture. Another way of gaining an understanding of their culture was by researching what life would have been like in an Anglo-Saxon village. Previous knowledge of Roman culture aided children in making comparisons.

Oliver: "When my teacher reminded us about what we learned in Year 4 about the Romans, I was able to compare the buildings and the building materials in Roman times to that of the Anglo-Saxons." 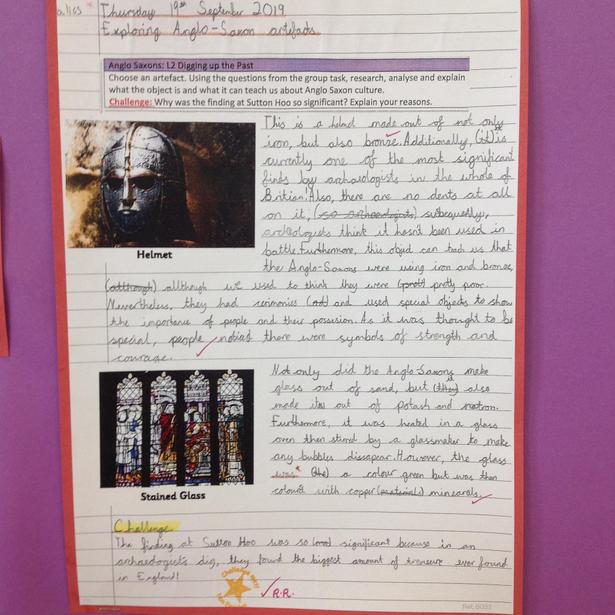 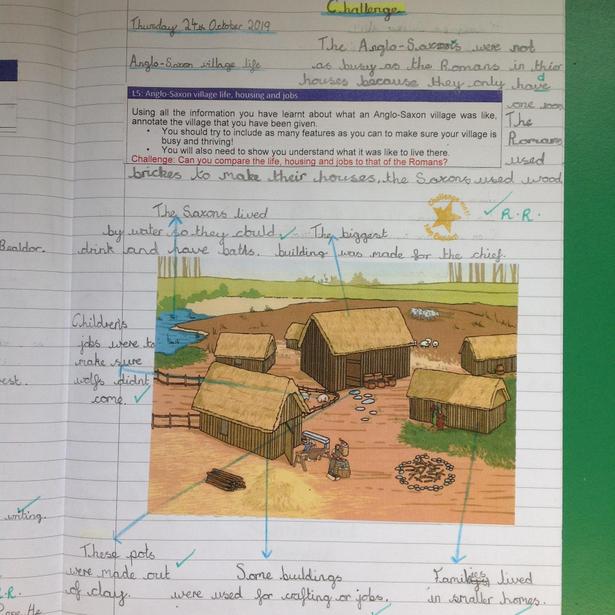 Year 5 enjoyed learning about the significance of Augustine, the first Archbishop of Cantebury, and how he converted King Ethelbert to Christianity. Also, a range of Anglo-Saxon Gods were researched by the pupils. They were ready for the challenge of finding out 'golden nuggets' about Gods such as 'Thunor: God of Thunder' and Goddesses such as 'Freo: Goddess of Love'. In addition to knowing that the Church of England was essentially founded by Augustine, Year 5 have also looked into the legacy of the Anglo-Saxons through researching UK place names.

Ben:"This was such a fun lesson decoding the place names that we have today!" 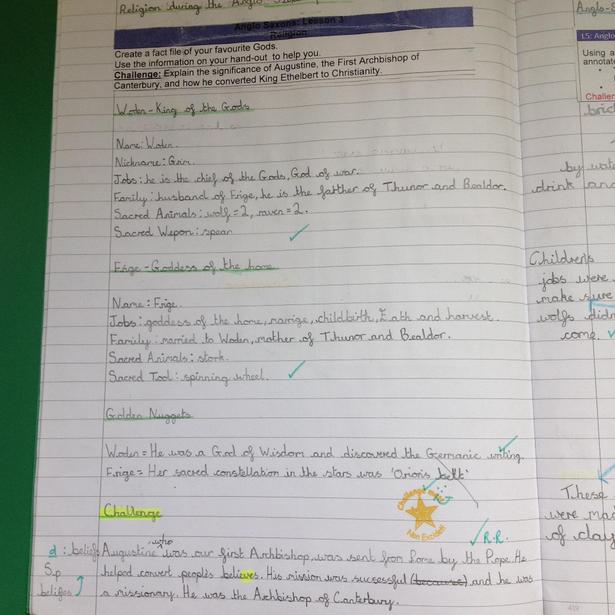 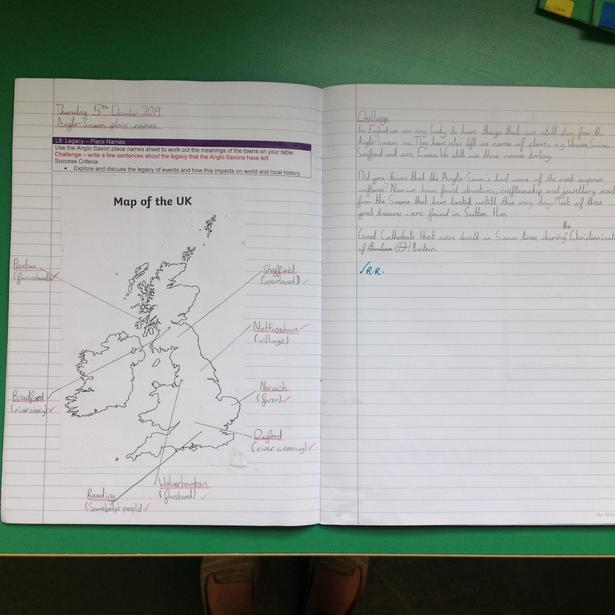 The Battle of Hastings and Anglo-Saxon Kings

After finding out about The Battle of Hastings and how it shaped Britain, Year 5 wrote an informative account of the events surrounding this. Additionally, pupils have researched significant people in Anglo-Saxon history. They used this information to create fantastic leaflets about Alfred the Great, King Athelstan and Edward the Confessor.

Theo: "I loved learning about the Battle of Hastings and how the Battle of Stamford Bridge affected the outcome. I wonder whether William the Conquerer wouldn't have won if the English hadn't have been so tired." 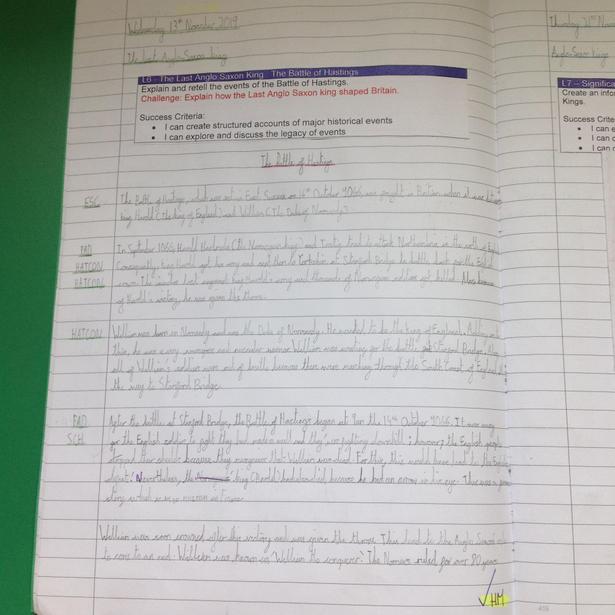 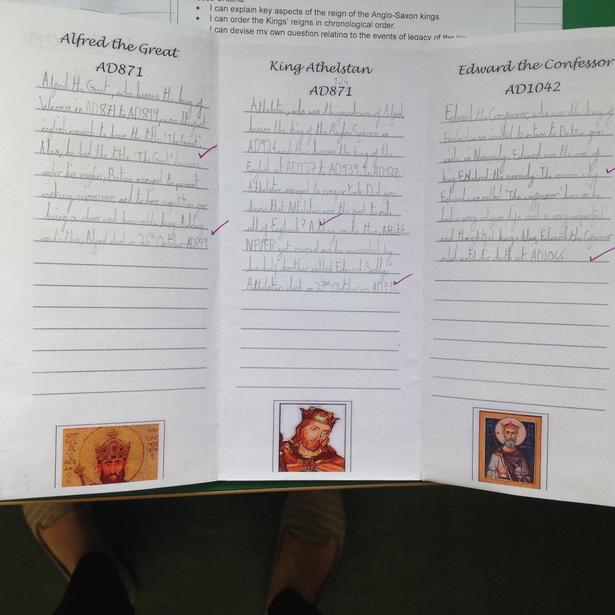